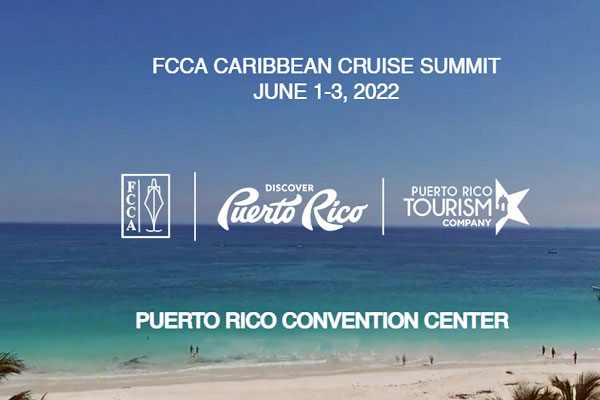 The Summit’s keynote meeting, the Heads of Government Meeting that will bring together destinations’ Ministers of Tourism and above with high-level executives from FCCA Member Lines, will also feature the initiative and Committee as one of its main focuses.

MIRAMAR, FL – Florida-Caribbean Cruise Association (FCCA) – the trade association that represents the mutual interests of destinations and stakeholders throughout the Caribbean, Central and South America, and Mexico, along with Member Lines that operate over 90 percent of the global cruising capacity – will reveal its revamped initiative to boost employment in its represented destinations at the FCCA Cruise Summit in San Juan, Puerto Rico.

“With many destinations and people still recovering their economies and livelihoods following the effects of COVID-19, our efforts to increase employment of locals throughout our partner destinations are more important than ever,” said Michele Paige, Chief Executive Officer (CEO), FCCA. “While we have already worked on this for many years with numerous destinations – and seen not only initial employment, but also many rising through the ranks on board and even reaching executive positions – our revamping of this program should benefit countless more people and families, and there could not be a better time to have this on the agenda at the FCCA Cruise Summit, where key industry players will gather to grow better together.”

FCCA has already formed a new FCCA Employment Committee, comprised of Human Resources executives from FCCA Member Lines, that is ready to help guide destinations through the process of necessary elements for cruise companies to hire local citizens.

More details about the initiative and Committee will be discussed at the FCCA Cruise Summit, taking place in San Juan, Puerto Rico this Wednesday through Friday and joining destination representatives and stakeholders with cruise executives for a series of workshops, including one with a panel of four Presidents and above from FCCA Member Lines, networking events and meetings.

The Summit’s keynote meeting, the Heads of Government Meeting that will bring together destinations’ Ministers of Tourism and above with high-level executives from FCCA Member Lines, will also feature the initiative and Committee as one of its main focuses.

Additionally, the initiative has been planned for discussions with the Americas Cruise Tourism Task Force, an undertaking launched by FCCA originally to develop protocols for COVID-19, but unanimously decided to continue to quickly address any topics because of the successes shown by gathering the group of destination representatives, stakeholders and cruise executives for regular meetings.

One of the Chairpersons for the Task Force, Michael Bayley, President and CEO of Royal Caribbean International, has vowed to be personally involved with the initiative and Committee, and he has often expressed the immense interest for both Royal Caribbean and the industry in increasing employment of citizens from FCCA’s represented destinations. As a recent example of this, Royal Caribbean Group signed a Memorandum of Understanding (MOU) with the Government of St. Maarten on May 11 to signify the beginning of a partnership that will create an expansion of St. Maarten’s job market within the cruise industry.

Caribbean: Including more young people in tourism is critical

Governments urged to deliver climate goal for aviation this year