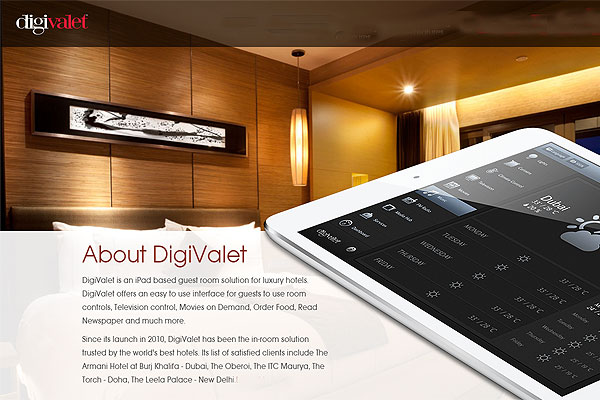 The company announced the appointment of hospitality industry veteran David Goldstone as President-Americas.

SINGAPORE – DigiValet, the company behind the world's first tablet-based guest room solution used by leading hotels across the world, announced the launch of its operations in North America with the inauguration of its office in New York, NY. The company also announced the appointment of hospitality industry veteran David Goldstone as President-Americas.

Mr. Rahul Salgia, Founder & CEO, DigiValet commented, "I am delighted that we have set up a North American office today and equally pleased to have on board David Goldstone as President-Americas. David joins DigiValet with an extremely successful track record spanning over two decades in the hospitality technology industry and a network of unparalleled industry relationships."

"I am extremely excited to join DigiValet at a time when the company is expanding its presence and looking to make further inroads into the North American market as hospitality brands and owners look for newer ways to attract, delight and retain their customers. DigiValet's ability to offer a transformative and world-class guest experience with many other concurrent benefits, promises to make it the preferred industry partner," commented Mr. Goldstone.

Prior to joining DigiValet, Mr. Goldstone served in various senior management positions within the space. He is the recipient of the prestigious John Whitaker Award for his dedication to and innovation within the hotel industry.