Newsletter
HomeAviationRyanair to close Athens base for Winter
Airlines

Ryanair to close Athens base for Winter 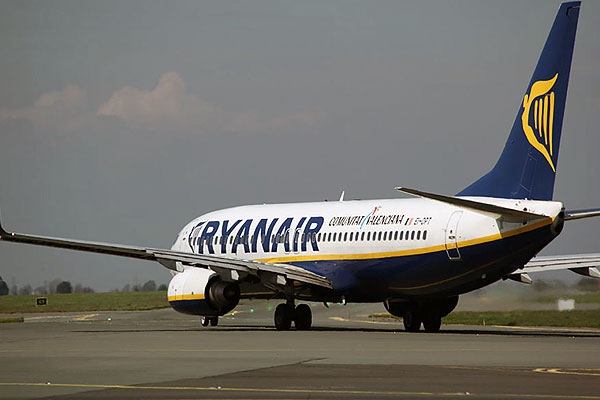 The Greek Government have failed to deliver any long-term incentives for airlines to invest in Athens Airport for non-peak travel periods or to develop tourism in the way that Spain, Italy, Portugal and Cyprus have done says the airline.

Ryanair confirmed today that it will close its Athens base on 29 Oct for the winter season, "a loss of over $200m. investment in Athens Airport, a vital gateway for the Greek economy. Athens Airport along with other Greek Airports owned by German monopoly Fraport offer no incentive to stimulate traffic in the winter season or to grow off peak tourism and connections to Athens, which should be a thriving year-round destination" says the airline.

"The Greek Government have failed to deliver any long-term incentives for airlines to invest in Athens Airport for non-peak travel periods or to develop tourism in the way that Spain, Italy, Portugal and Cyprus have done. Regrettably for Greek citizens, the decision to sell most of the Greek airports to high cost German operators has had a devastating impact on job creation as these foreign airport operators have a stranglehold on the Greek economy by restricting the flow of tourists and business connections and have no interest in lowering prices to stimulate traffic."

"At a time when other Government’s and airports are lowering charges and introducing tourism recovery schemes, the Greek Government have continued to apply a penal airport development tax of 12 euros per passenger, making Greek access charges uncompetitive. Ryanair has submitted several growth proposals to the Greek Govt since Nov ’21, which would see the airline double passengers from 5m to 10m over the next 5 years, reduce seasonality with over 2.5m extra off-peak passengers p.a., increase tourism income by up to 1bn euros p.a., create 4,000 local jobs, and would see much-needed development in the underserved islands and regions. However, the Greek Govt inexplicably has failed to even reply to Ryanair’s proposals that would completely transform Greek tourism over the next 5 years."

"Ryanair is the only airline growing significantly in Europe while others are cutting capacity, jobs and fleet. With over 150 new aircraft deliveries in the next 4 years, Ryanair is able to deliver the rapid passenger growth, connectivity and accessibility required to boost the Greek tourism market, as it continues to deliver growth across Europe in winter ‘22."

Ryanair’s CEO, Eddie Wilson, said: “We are disappointed to announce the closure of our Athens base at the end of Oct ’22 for the winter season, but the Greek Government have inexplicably failed to respond to Ryanair’s ambitious growth plans for a much-needed tourism recovery scheme to lower its uncompetitive airport charges and assist traffic recovery post-Covid, as Croatia, Ireland, Portugal and others have already done. Athens Airport is a prime example of how the Greek Government and German high-cost ownership is failing to deliver for Greece’s people and economy.

We again ask Minister for Tourism, Vassilis Kikilias to reply to our written growth proposals in which we offer to transform Greece’s tourism market over the next 5 years by doubling traffic to 10m. passengers p.a., bolstering off-peak tourism, creating 4,000 local jobs, and supporting much-needed regional development. This failure of engagement by the Greek Government has already led to Ryanair’s closure of our Rhodes base this summer and has now forced us to close our Athens base this October and reallocate this capacity to lower cost competing destinations, such as Italy, Spain Cyprus and Portugal.

The airport charging structure in Greece is dysfunctional as it rewards German airport operators who control a vital part of Greek national infrastructure to the detriment of economic growth in tourism and connectivity. It is inexplicable that the Greek Government does not use incentives at Greek airports to promote Greek business and jobs instead of protecting out of date high-cost German charging practices.

We call on Minister Kikilias to finally reply in writing to Ryanair’s growth proposals that would transform Greek Tourism creating thousands of jobs in Greece during the winter period.”