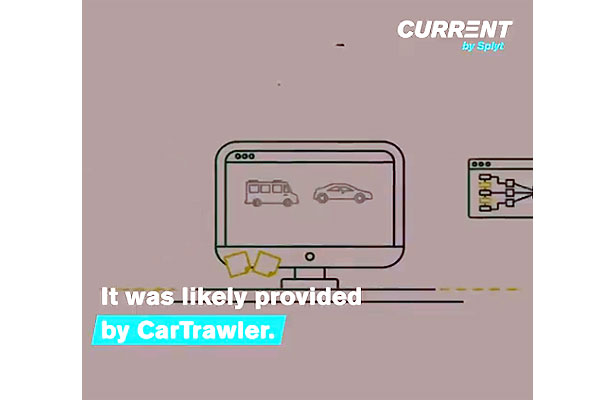 New partnership promises to solve the first and last mile for airlines, allowing passengers to compare different local ride options and book the quickest/ cheapest / most efficient when landing at a new destination, directly from the airline’s app.

LONDON, UK – B2B travel technology platform CarTrawlerannounces that it has partnered with Splyt, the London startup behind the first on-demand mobility marketplace. The partnership will, for the first time, mean airline customers can instantly compare options from multiple local ride-hailing companies and book an on-demand ride directly from the airline’s app the moment they land.

The integration gives airline customers access to an extensive ride-hailing inventory from the largest mobility companies in the world, including Careem, Cabify, and mytaxi, all via a single Splyt API. The partnership will revolutionise the ‘first and last mile’ for airlines and, as the global ride-hailing market becomes increasingly fragmented, it ensures travellers avoid the pain of having to download unfamiliar transport apps when arriving at a new destination. All payments will be taken via the airline app, and frequent flyers will be able to use their loyalty points or airmiles to pay for the ride.

CarTrawler, which is headquartered in Dublin, Ireland, has established a leading position in the travel technology market. Its platform provides access to ground transportation services such as hire cars to 900 million annual customers from its network of over 100 airline, and 2,500 online travel companies globally.

The new partnership will see rail company and airline applications powered by CarTrawler, integrate Splyt’s mobility marketplace API. Splyt, which is based in Holborn, London, has established a clear position as the world’s preeminent transport and mobility marketplace, and it already works with the largest ride-hailing companies in the world. Through these companies it provides coverage to on-demand transportation in more than 360 cities across 29 countries worldwide.

The new technology will be rolled out in the coming weeks, with initial customers including one of the world’s leading airlines.

Philipp Mintchin, Splyt CEO, said: “This new partnership is beneficial for both CarTrawler’s clients and our ride-hailing partners. Airlines working with CarTrawler can provide added value to their users by offering on-demand mobility, wherever they go. Together, we offer travellers a seamless experience when landing in a foreign country. At the same time, our ride-hailing partners benefit from additional ride-requests from travellers who would not typically be registered with them.”

Bobby Healy, CTO CarTrawler, said: “Our customers spend over 2 billion days a year in the destinations they travel to. Through our airline partnerships we can now offer those customers the best combination of price and ETA while looking for taxis during that time – and better still, they can use their loyalty miles to pay for them. Our ride hailing partners can deliver their product and brands seamlessly to a distribution platform connecting to close on 1 billion consumers annually.”