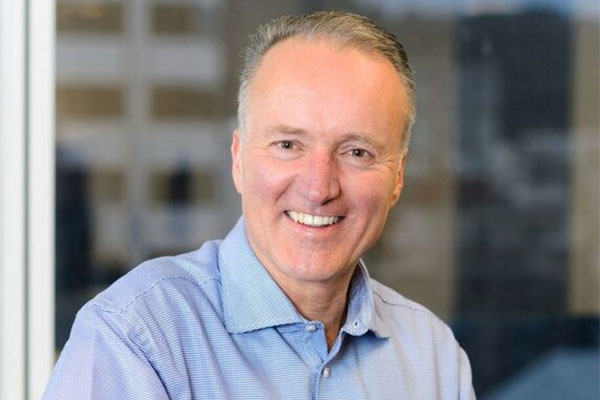 "Denver is a popular destination for outdoor enthusiasts or those looking for the combination of cowboy heritage and cosmopolitan chic," said Ed Sims, WestJet President and CEO. "We are proud to offer our guests this exciting destination with mass appeal. These added flights further demonstrate WestJet continues to provide the widest choice of destinations out of Calgary and the greatest convenience of all airlines flying from YYC."

Canada has very strong links to Colorado, and Calgary has very strong links to Denver – both from a commercial and tourism perspective. Canada ranks as Colorado's largest trading partner, and the second-largest foreign investor in the state. Alberta ranks as the second-largest Canadian province in terms of visitors to Colorado.

"The new service on WestJet between Denver and Calgary connects two of the most dynamic cities in North America," said Denver Mayor Michael B. Hancock. "The investment by WestJet into Denver will result in 150 new jobs and nearly $20 million in annual economic impact, further strengthening Denver's economy and global reach."

"We are very pleased to welcome WestJet as our newest airline partner," said Kim Day, CEO of Denver International Airport. "As DEN's ninth foreign-flag carrier, WestJet will provide a truly unique experience for travellers to Calgary and beyond across WestJet's growing international network."

Overall, WestJet's guests in Calgary now have a total of 51 different WestJet destinations, including 13 U.S. destinations to choose from, more than any other airline flying out of Calgary International Airport. Over the last 10 years, WestJet has increased its capacity out of YYC by 58 per cent, and accounts for over 54 per cent of the seat capacity out of the city.

"Growing our non-stop destinations across the U.S. and internationally is an important part of ensuring that our tourism and business sectors in Calgary can continue to flourish," said Bob Sartor, President and CEO of The Calgary Airport Authority.

Gregg Saretsky retires from WestJet
WestJet also announced Gregg Saretsky, President and CEO, has advised the time has come for him to retire from the company. Having found his successor, he has agreed with the company that his retirement will be effective immediately.

"For the past eight years, it's been my privilege to lead team WestJet through a tremendous period of growth and success," said Gregg Saretsky. "I am pleased with the continued growth and profitability we've achieved together. With plans well underway for the launch of Swoop and the introduction of the 787-9 Dreamliners on the horizon, as well as the great work WestJetters do each day, I'm confident WestJet will continue to grow to the next chapter and beyond."

"Gregg has taken WestJet to new heights during his tenure and the airline would not be in the strong position it is without Gregg's business knowledge, drive and work ethic, and his focus on low costs," said Clive Beddoe, WestJet Board of Directors' Chair. "On behalf of the board, we sincerely thank Gregg for all of his contributions to WestJet. We wish him well in his retirement."

Mr. Saretsky joined WestJet in June 2009 as Vice-President, WestJet Vacations, before assuming the role of Executive Vice-President, Operations, in October 2009. In March 2010, he assumed the role of President and CEO. Under Mr. Saretsky's leadership, WestJet experienced its most significant growth period: the entire fleet nearly doubled in size, WestJet Encore was launched, the first code-share partnerships were introduced, wide-body aircraft were introduced and service to Europe was started, as well as the introduction of the WestJet Rewards program, including the WestJet RBC World Elite MasterCard, which has become the fastest-growing, award-winning loyalty and affinity card program in the country.

"I am proud of the many great things we have accomplished together during my time as President and CEO, and I wish WestJet well in the next chapter of its growth and evolution," said Gregg Saretsky.

Current Executive Vice-President Commercial, Ed Sims, will assume the role of President and CEO beginning today. Mr. Sims has also been appointed to the Board of Directors effective immediately.

"I am honoured by the opportunity to assume the role of President and CEO, and believe strongly in WestJet's next global chapter and the growth potential ahead," said Ed Sims. "In my time at WestJet, I've been inspired by the team's ability to care from the heart while acting like owners. WestJet has a strong challenger's spirit, and I'm thrilled to be able to lead the team onward. I thank Gregg for his leadership, and for setting the foundation for WestJet's global evolution."

Mr. Sim's career spans more than 30 years in the tourism and aviation industries, encompassing airlines and tour operators, as well as air traffic control. He has worked in the European and Australasian markets, holding senior commercial and general leadership positions with Tui, Thomas Cook, Virgin Groups and Air New Zealand where he led the international wide-body business. Before joining WestJet as Executive Vice-President, Commercial, in May 2017, he was CEO of Airways, New Zealand's air navigation service provider.

Booking.com announces the winners of its Inaugural Technology Playmaker Awards