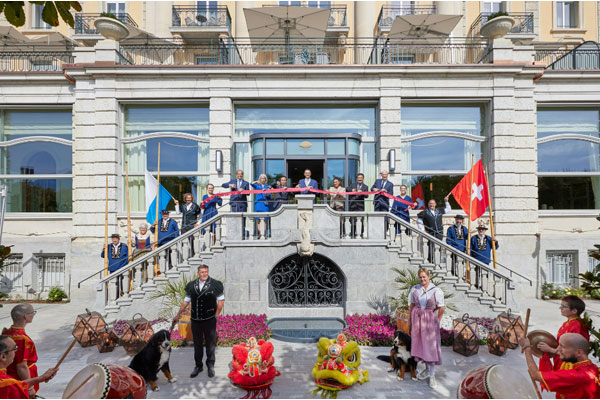 Ribbon cutting event celebrates the relaunch of this iconic hotel in the presence of Mandarin Oriental ‘Fan’, Cecilia Bartoli.

The hotel has undergone an extensive and elaborate renovation, overseen by local architects Iwan Bühler Architekten and London-based interior designers Jestico + Whiles, who have preserved the building’s rich history and heritage while delivering a contemporary design inspired by the beauty of the surrounding Swiss landscapes. Dramatically positioned overlooking the shores of Lake Lucerne, the hotel is a stone’s throw from the charming old town and with spectacular views over the Swiss Alps.

Set to usher in an era of contemporary elegance and legendary service, the hotel is poised to become Lucerne’s most exclusive venue. The property features 136 elegant and spacious guestrooms including 48 of the city’s largest suites, four restaurants and bars under the patronage of Michelin star experienced Executive Chef Gilad Peled, a serene and rejuvenating spa, and elegantly appointed event spaces.