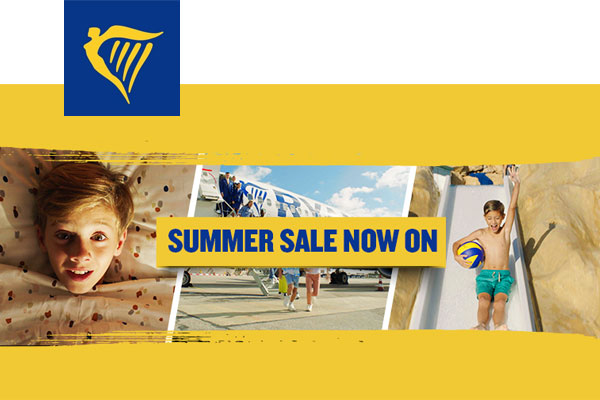 In Summer ‘23, Ryanair will operate over 3,000 weekly flights to/from Stansted, Gatwick and Luton Airports with 10% growth vs Summer 2022.

In Summer ‘23, Ryanair will operate over 3,000 weekly flights to/from Stansted, Gatwick and Luton Airports with 10% growth vs Summer ‘22, giving London customers/visitors unbeatable choice at the lowest fares when booking their much-deserved Summer ‘23 holidays. This growth is underpinned by Ryanair’s $5.7bn investment in London, with 57 based aircraft, supporting over 1,600 direct crew and engineering jobs.

On top of these new sunshine holiday destination for Summer ‘23, Ryanair has responded to the UK Govt’s 50% APD cut for domestic travel from April ’23 with the opening of new domestic routes to/from London, incl. Belfast, Cornwall and Edinburgh. However, this 50% reduction ignores international connectivity which is fundamental for the growth of the UK’s economy and tourism. Ryanair calls again on the UK Govt to fully abolish APD for all travel immediately, which would not only promote tourism, but support much needed connectivity to the UK – an island-based economy on the edge of Europe.

In London, Ryanair CEO, Michael O’Leary said: “Ryanair is pleased to bring even more choice to London citizens and visitors for Summer ‘23. Our schedule has grown 10% on last Summer, with 3,000 weekly flights scheduled across 180+ routes, incl. 6 new sunshine destinations and increased frequencies on 30+ other popular routes like Berlin, Malaga, Mallorca, Nantes and Palma.

While the halving of APD on domestic flights from Apr ‘23 has allowed Ryanair to add more domestic routes to our UK schedule for Summer ’23 – incl. London Stansted to Belfast, Cornwall and Edinburgh – if we are to continue to grow and drive traffic/tourism recovery for the UK, Prime Minister Sunak should immediately scrap APD for all travel and provide incentives for airlines like Ryanair to stimulate growth and recovery for the UK, incl. London.”

Enorme Epavli, a brand new 4-star Boutique hotel in Hersonissos, will operate as part of Enorme brand from the coming summer season