Terrorism in Europe and U.S. is major concern for Americans planning vacations 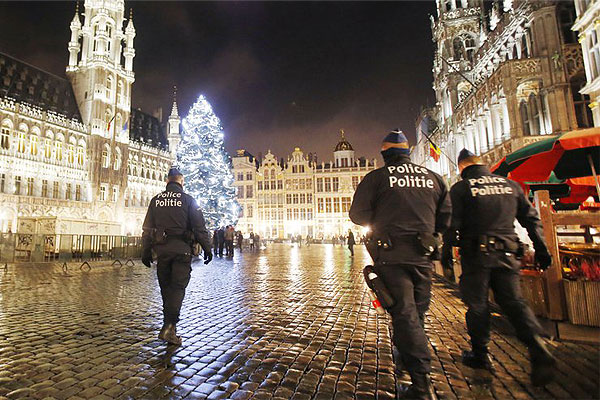 Participants in the study were asked to what degree various threats and incidents around the world significantly impacted their decision-making process. They indicated terrorist activities in Europe (37%) and the possibility of terrorist attacks in the U.S. (30%) affected their thinking a great deal when making decisions about vacation plans.

SHELTON, CONN. – A recent SSI QuickPoll study of 1,002 U.S. adults found cost and safety were the top two considerations when planning a vacation outside the country. The study asked respondents about their vacation plans and which factors they consider before traveling.

Participants in the study were asked to what degree various threats and incidents around the world significantly impacted their decision-making process. They indicated terrorist activities in Europe (37%) and the possibility of terrorist attacks in the U.S. (30%) affected their thinking a great deal when making decisions about vacation plans. Twenty-two percent of respondents selected the Zika Virus as a top concern and 20% the migration situation in Europe.

Despite concerns of terrorism in Europe, 13% of participants indicated they had booked a vacation to Europe and 14% planned or were thinking of taking a trip to Europe this year. Even with the recent terror attacks, France (46%) was the second most selected destination.

"The threat of terrorism both at home and abroad is a real factor for people considering their travel plans," says Jackie Lorch, vice president of knowledge management at SSI. "What's fascinating is that despite this more general concern of terrorism, some people are still planning trips to regions that recently experienced attacks."

SSI also asked all participants to describe their perceptions of danger for an American tourist in various countries and regions from "extremely dangerous" to "not at all dangerous." These values were then used to compile a Perceived Danger Score, with countries seen as the most dangerous appearing at the top of the ranking.

Israel (with a 43.6 ranking on the Perceived Danger Score) was perceived to be most dangerous for an American tourist on the scale. Other regions that lie in areas of political unrest, such as North Africa (35.5) and Egypt (35.8), were also represented among the most dangerous. France received a score of 21.2, while nations and regions such as the Caribbean (7.0), Canada (2.3) and Hawaii (2.6) were perceived to be safer for American tourists.

The SSI QuickPoll study was conducted amongst 1,002 individuals aged 18 and older, census balanced by age and gender, from April 7–11, 2016.

Where to travel in Eastern Europe?

European tourism gets off to a good start amid uncertainty