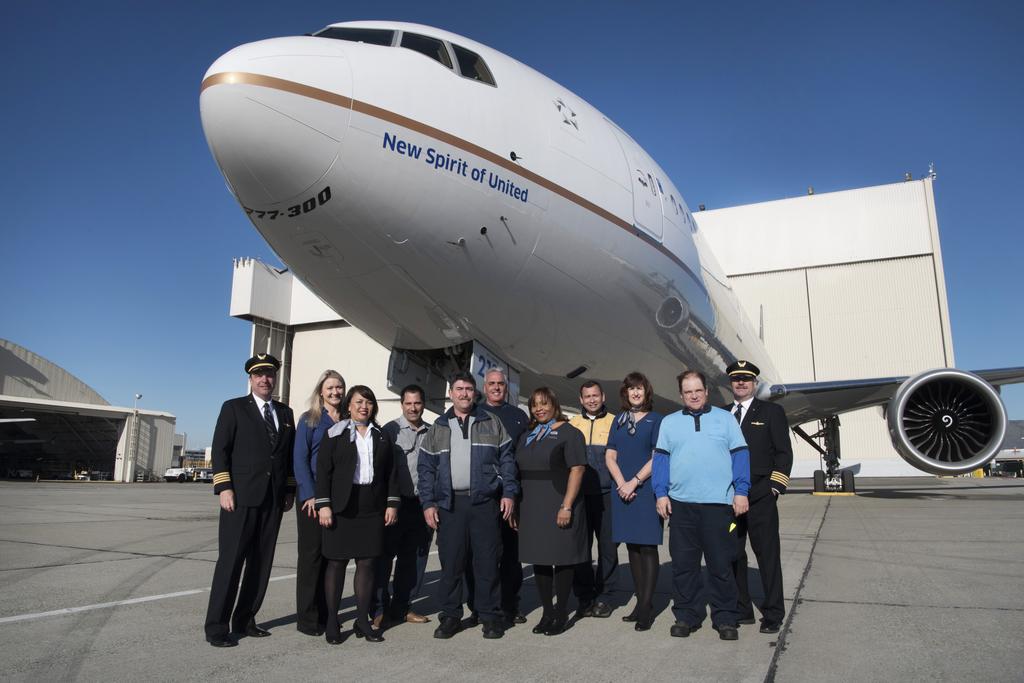 CHICAGO – Next month, a brand-new United Airlines plane will push back from the gate with a new name: "New Spirit of United." This special aircraft is also the company's first Boeing 777-300ER featuring the United Polaris all-aisle access, lie-flat seat. It represents a commitment to the future and the commencement of an exciting new chapter for the company as it builds the best airline in the world.

"This aircraft symbolizes the new spirit, the energy and enthusiasm that I have seen in our employees who take great pride in the work they are doing to take care of our customers and one another," said Oscar Munoz, chief executive officer of United Airlines. "The new 777-300ER fleet will play a crucial role in connecting our customers to far-away destinations and to the moments that matter most."

The "New Spirit of United" is exemplified by the significant progress the company made in operational reliability last year – achieving its best full-year on-time performance in company history, the elevated customer experience and the completion of new agreements with every domestic unionized work group in 2016. As United Airlines continues to build on this momentum, this new aircraft serves as a symbol of the hard work, professionalism and dedication of the entire United team to our customers.

The aircraft will start regularly scheduled service in February 2017. This is the first of 14 777-300ER aircraft United expects to place into service in 2017.