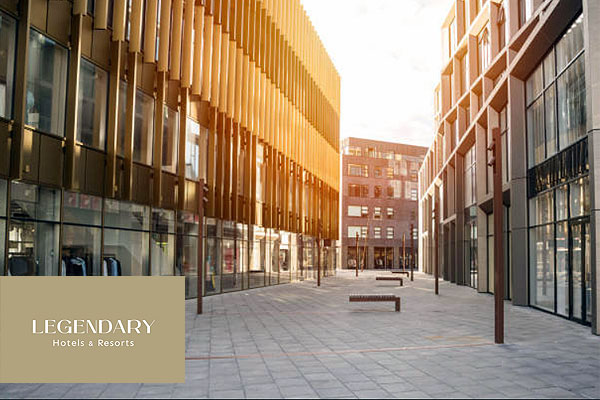 The hotel will be upgraded to a high standard using finance from several major retail investors, allowing each of these to obtain a golden visa, and become a citizen of Portugal after a period of five years has elapsed.

The hotel will be upgraded to a high standard using finance from several major retail investors, allowing each of these to obtain a golden visa, and become a citizen of Portugal after a period of five years has elapsed. The Portuguese 'golden visa' programme is one of only a handful of European Union 'residency to citizenship' programmes in existence, and is scheduled to run until at least the end of 2023, as per parliamentary voting that took place in November, 2022.

Dmitrijs Stals, CEO at Legendary Hotels and Resorts, said: "We believe that the scheme is a win-win for all parties involved. The local municipality will enjoy all the benefits and comforts of a modern city hotel, including the creation of numerous job opportunities for local people, we will add a beautiful new commercial property to our already impressive portfolio, and investors will receive their golden visas and – potentially – Portuguese passports for a contribution of as little as €280,000 each. We're busy making plans to ensure that the hotel's guests will have a wonderful stay there when the facility opens, as is the priority with all of our projects."

Legendary Hotels and Resorts have recently announced ambitious plans to open 12 hotels, with more than 1000 rooms, across Iceland by the end of 2025. The forward-thinking company is also exploring multiple additional opportunities around the globe.

Their most recent acquisition is a jewel tucked away in the stunning national park of Serra da Estrela, in Portugal, close to the tourist town of Celorico da eira. After extensive renovations have taken place, the hotel will be renamed 'the Legendary Serra Hotel', with rooms upgraded to 4-star standard, alongside a beautiful spa area. Watch this space for another exciting development from Legendary Hotels and Resorts.