The history of bingo slots in Scotland | TravelDailyNews International
New Articles
Statistics & Trends
First survey on female travel expenditures by age
In Brief
Mesa Air Group reports March 2021 operating performance
Statistics & Trends
Revenge Travel Summer 2021 Survey: 68% to travel this Summer; 25% will "Revenge Travel"
Statistics & Trends
How well do we know our own country? The famous world destinations on our doorsteps
Statistics & Trends
Food wastage requires greater attention in travel and tourism post-pandemic, says GlobalData
Statistics & Trends
Latest global flight demand trends by Skyscanner
MICE Industry
SME’s plan for a safe return to travelling with Good Travel Management as the company celebrates new client contracts
Hotels & Lodging
Concepció by Nobis, opening Summer 2021
In Brief
Titan Travel launches new trade campaign as the high street returns
Aviation
Gulf Air to transform Falconflyer Programme with IBS Software’s iFly Loyalty
CVBs
“Madeira. Belongs to all” - Madeira unveils their new brand identity
Aviation
Houston becomes large hub for Southwest Airlines service
CVBs
Los Angeles launches initiative to become first sharecare health security VERIFIED destination in US
Hotels & Lodging
Small Luxury Hotels of the World introduces new hotels on Ibiza and Venice
Hotels & Lodging
Premier Host – Vrbo revamps and powers-up its top-tier partner program
In Brief
ATPCO launches Hebrew language rich content for Gulf Air
Hotels & Lodging
Accor transforms the guest experience
New Appointments
CHMWarnick names Marc W. Ellin Managing Director
Other Organizations
Spain’s “Travel Safe” campaign restores travelers’ confidence ahead of Summer
Hotels & Lodging
The Association of Serviced Apartment Providers continues to grow globally with the acquisition of ASAP NL
Headlines:
Six interesting games to play while traveling
Why you should have the Island of Capri in Southern Italy on your bucket list
Best options for leisure cruises in 2022
The UK is the new Las Vegas for casino lovers
Travelers, bingo is the only friend you need on your next adventure
Do athletes need visas to travel?
What to take with you on a canoeing trip
The killer of suitcases
Travel tips for touring Spain
These are the six best backpacking adventures of 2021
How to travel with your pet fish the right way
How to maintain your health while traveling
My passport with my visa was stolen – What should I do?
Eight tips on planning your anniversary vacation with your wife
Eight fun ideas for your vacation with your husband
NEWS AROUND THE WORLD

The history of bingo slots in Scotland

Still a major hit in the offline and online spaces, bingo slots are more popular now than ever, and it's all thanks to the long road travelled.

As some of the oldest forms of interactive entertainment enjoyed even today, bingo slots have a legacy dating back well over a hundred years. Borrowing from two major avenues, slots and bingo games, their combined history stood the test of time like few others. Still a major hit in the offline and online spaces, bingo slots are more popular now than ever, and it's all thanks to the long road travelled.

The state of modern bingo slots
While there are a few major forms of bingo slots, the largest in the modern market come from the online space. Playable over PCs, laptops, and mobile devices, the range on offer today can exceed hundreds of different titles. Covering themes like adventure, actions, mystery, and even film and television properties, this way to play has been a standout since it arrived in the late 1990s.

Taking a step back
The very first slot games, commonly called fruit machines at the time, originated in New York. Developed by engineers Sittman and Pitt in 1891, these held five drums of reels and utilised rules similar to those in poker. Costing a nickel to play, these games would quickly prove exceptional hits, though the technological limits at the time created problems with payouts.

A newer version of systems later arrived around 1895, with improved automation functionality. These also spread away from strict poker designs, with a machine called the Liberty Bell included bell symbols and become a breakout hit. It was this version of the machine that then went on to find international recognition. Coming to England and then Scotland, the new age of automated gambling had arrived. 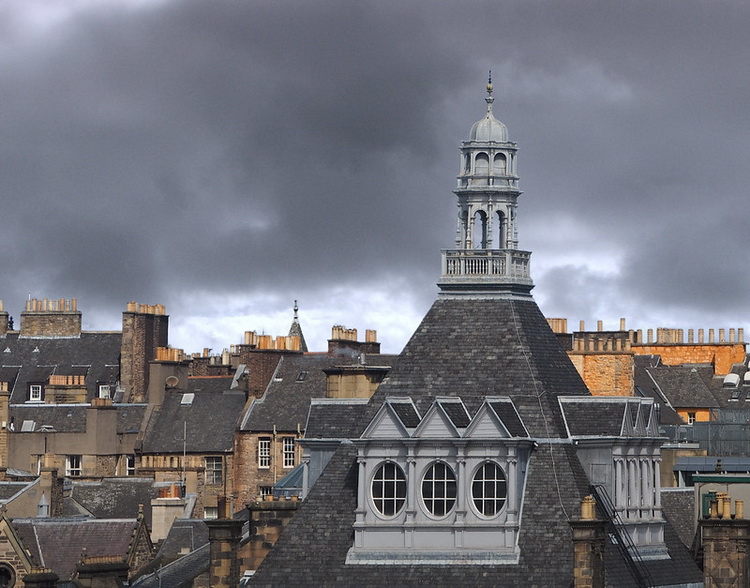 "Rooftops of Edinburgh I" (CC BY-SA 2.0) by joiseyshowaa

Going by the name Puggy in Scotland, these games immediately found their way into pubs. Like in other countries, slots first appeared in major cities like Glasgow, Edinburgh, and Aberdeen. As marvels of technology, it was the novelty factor that first drew attention, and once players understood the basic rules, the popularity of slots was here to stay.

Oddly enough, despite being a form of gambling by today’s standards, there were no real laws classifying slots as such in Scotland during this time. It wasn’t until much later, in 1951, where the UK gave more concrete rules following the Royal Commission on Betting, Lotteries and Gaming. Even then, slots were often overlooked.

It was only in 1960, with the Betting and Gambling Act, that more modern rulings were put into place. Simply requiring slots operators to obtain licenses, this didn’t create much of a change in the still thriving and evolving slot industry. What did act as a major change was Scotland’s first casino, The Chevalier, built by Sir Reo Stakis in 1964. At this point, slots had become a major part of the Scottish gambling vernacular, continuing on this pace until the modern-day. 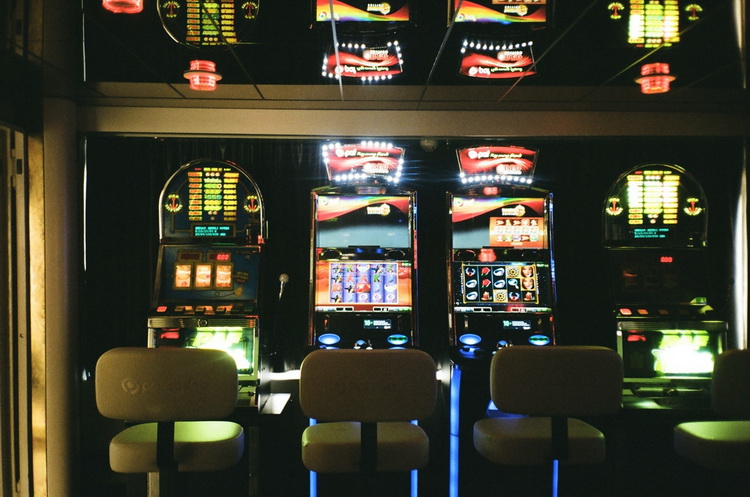 Photo by Daria Sannikova from Pexels

With the introduction of the online gambling world, slots in Scotland today are ruled over by the new 2005 Gambling Act. Adopting safety standards and regulations to keep up to date with digital concerns, this act remains the backbone of modern slots. Like anything with roots so old, it can be easy to take for granted the steps walked to reach this point. The path might have been a long one, but the modern gambling market is stronger than ever, so we wouldn’t expect the light of slots in Scotland to burn out any time soon.