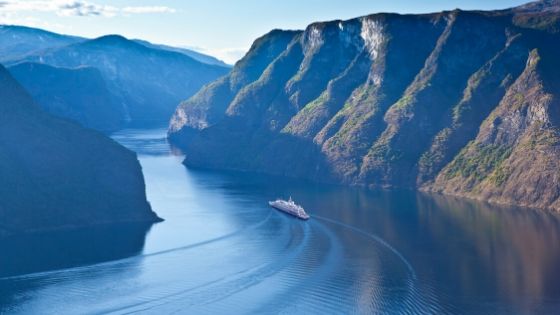 OSLO, NORWAY – After announcing nine new Norwegian voyages to sail in June 2020, SeaDream has had to adapt to meet overwhelmingly high demand. SeaDream was planning on sailing to Norway with only one ship, SeaDream I. After seeing the response in Norway, the company has decided to add sailings on SeaDream II to meet demand. There are now 21 scheduled voyages for SeaDream in Norway.

“It has been a very exciting time for our company after pausing sailings in March. We are very happy to see this high demand for our new Norwegian voyages. Our phones have been ringing off the hook from 8am to midnight with booking requests since the Norwegian voyages were announced.” said SeaDream’s Andreas Brynestad. “We want to thank our guests for their loyalty and support. We know that many people have been hungry for travel and our small yachts are exactly what they are looking for when planning an unforgettable escape.” said Andreas Brynestad.

With small ships, a 1:1 crew to guest ratio, and medical facilities on each ship, SeaDream is perfectly positioned to sail safely this summer without sacrificing luxury. For almost 20 years, SeaDream has been setting the highest standards when it comes to cleanliness and safety. Recently, the crew has completed WHO’s official COVID-19 course for hygiene routines and infection management. Guests and crew will observe social distancing and pass health checks before boarding. SeaDream offers a safe and luxurious travel option with spectacular destinations, award-winning service, and a unique yacht-lifestyle onboard.

SeaDream has generated excitement not just in Norway, but globally after announcing its new Norwegian voyages. Due to current restrictions, non-Norwegian guests may be required to self-quarantine before boarding. SeaDream continues to closely monitor travel restrictions and looks forward to serving guests worldwide as countries begin to open to travel again. Thanks to its small size, SeaDream has the agility to craft bespoke itineraries to cater to travel demand as the situation develops.

The SeaDream experience is known for its personalized, award-winning service, 5-star cuisine, intimate ports and exceptional onboard features such as the Balinese Dream Beds to sleep under the stars and the Watersports Marina complete with water toys for the perfect yachting vacation.