Exploring the Islands of China 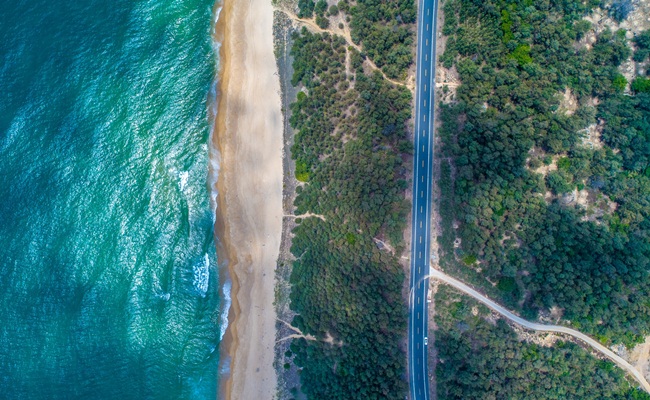 Hainan is famous for its crystal clear waters.

We bet that you won’t be able to stop yourself from booking a Chinese island adventure.

China is an incredible tourist destination and one that many of us dream of visiting, yet somehow, most people don't know a great deal about its islands. China has an enormous number of islands, around 5000, some densely populated and some barren. Also, some of them are disputed with other countries too.

Island hopping is something many of us associate more with Thailand or the Philippines, as far as travelling in Asia is concerned. Still, after you've read about some of these beautiful Chinese islands, we bet that you won't be able to stop yourself from booking a Chinese island adventure.

Hainan Island
The most southern island in China, Hainan Island, comprises several hundred islands arranged between three separate archipelagos. Now that global tourism is recovering, Hainan is again becoming the tourist destination it used to be.

Indeed, investors in Hainan view this island as an emerging jewel in China's crown, reputed to be the next Monaco of China.

This is the island where you'll find brand new resorts, with luxury hotels and casinos. Wanning is the place for foodies to visit, as you'll find a good mixture of traditional fare and Michelin-starred flair.

As well as being something of a playground for the elite, Hainan Island is also a playground for an altogether different crowd, surfers. Thanks to its southerly location, it boasts crystal clear waters, sandy beaches and in the winter, some killer waves.

If you're into surfing, make a beeline for the island at this time of year. Otherwise, it's beautiful to visit in the summer and tends to be much less crowded. Plus, you can make the most of the mid-30s climate for the entire season.

Photo by Nathan John on Unsplash / Caption: Macau is a true metropolis

Macau
Although not strictly an island but a peninsula off the coast of China, Macau is such a top destination that it would be crazy not to include it in our list. Known to many as the casino capital of the world, Macau is a playground for gaming fans. As a result, it's developed a reputation as a bustling destination for those who want to spend with abandon

Macau was a Portuguese territory until 1999, giving it a distinctly Mediterranean flavour across its architecture and culinary culture that remains to this day. Enjoying a pastel de nata is a must when visiting Macau, as is exploring the ruins of Saint Paul's.

This church has suffered some dilapidation over the years, but an impressive facade remains to remind travellers of its former beauty. It was built as a Catholic church, owing to Macau's Portuguese (and therefore Catholic) past, but now serves as a reminder of this beautiful island's history.

Weizhou Island
The youngest of China's Islands, Weizhou Island is a volcanic island with breath-taking beaches. As well as being the youngest Weizhou is also the largest, meaning there are plenty of beaches for everybody to enjoy.

This island is a little cooler than some, with average temperatures in the mid-20s, making it a perfect spot for those who would rather stroll in pleasant sunshine than sweat it out on a scorching hot day.

Weizhou has some beautiful Vietnamese architecture, including ornate Pagodas and Buddhist temples. It's super easy to travel around all the main tourist sites thanks to a pioneering tricycle rental service that operates throughout the island.

Foodies should make a booking at one of Weizhou's many famous seafood restaurants, which only serve the freshest fish thanks to Weizhou's island status.

Don't leave without paying a visit to the Guishi Scenic Area, where it's possible to swim with manatees and seals, an experience you'll never forget.

New study reveals the most Zen-sational destinations for spa breaks