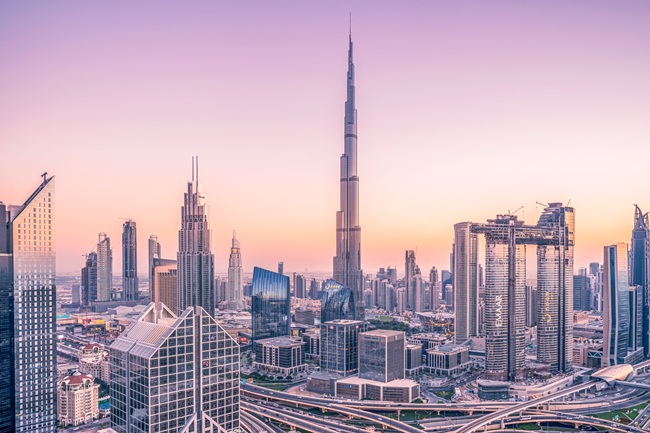 The appetite for Instagrammable content is potent within millennials and generation Z travellers.

With 1 billion active users per month, Instagram is one of the most popular social media worldwide. Thanks to eye-catchy pictures and engaging content, the imagery-based network has become a staple of the tourism industry. As of January 2022, indeed, the travel hashtag has been used over 600 million times. And in the realm of Insta tourism, few destinations have played social media to their advantage better than Dubai.

Insta tourism: why is it booming
On Instagram, travel ranks among the top 20 most popular hashtags on the platform. And according to a Mediapost survey, 48% of Instagram users rely on the network’s content to plan their next vacation. 35% of users also claim Instagram helps them discover fresh places to visit. Research even shows that bookings increase by 20% among travellers influenced by social media content.

The appetite for Instagrammable content is potent within millennials and generation Z travellers. And this travel-savvy demographic heavily relies on influencers for information. So, to better reach them out, Dubai became the world’s leading influencer capital.

Dubai: influencers as a marketing strategy
Once a small fishing village in the Arabian Peninsula, Dubai transformed itself into a business hub in a matter of decades. Now a cosmopolitan metropolis, the UAE’s most populous city turned into a tourism hotspot as rapidly. In 2019, over 16 million visitors explored the city. And Instagram was no stranger to that appeal.

Indeed, 115 million posts use the #dubai hashtag. The Dubai official account even has more followers than the number of actual residents in the city. But to take tourism to further heights, Dubai came forward as the world’s influencers’ capital. Not only did the city become a magnet for reality stars and world-famous football players, but it also drew in thousands of global social media influencers. Thus, Instagram made no mistake when it installed its Middle-Eastern headquarters in Dubai.

But the local tourism ministry also seized the opportunity. On Visit Dubai, handpicked curators offer visitors to discover the city from its people’s perspective. And who better than Australian social media star Kat Lebrasse or Irish-born blogger Helen O’Brien to showcase Dubai’s highlights?

Dubai and the importance of Instagrammable content
Influencers are such a key aspect of Insta tourism because they can generate clout for so-called Instagrammable content. Therefore, hotels and airlines were quick to channel the power of influencer marketing. But destinations such as Dubai also used this tool to boost their online visibility. Currently, the city tops almost every ranking of the world’s most Instagrammable places on the Internet. On TravelDailyNews, for instance, Dubai was the first non-European city to make it to the list of the most Instagrammable cities by night.

As a result, some companies made good use of Instagrammable content as a marketing device. In Dubai, tourists can now book tailor-made itineraries, taking them to Instagram hotspots and including photo and video shoots. Visitors can therefore strike a pose in front of the Burj Khalifa, the world’s tallest building, or perhaps up their Insta game in the Dubai desert.

World-famous high-end hotels became Insta-worthy, too. An emblem of modern Dubai, the Burj Al Arab Jumeirah accounts for 5,5 million hashtags. It even surpasses Singapore’s Marina Bay Sands resort, one of Asia’s most Instagrammable hotels, which gained fame for its striking architecture and for hosting Singapore’s first casino.

In Dubai, though, land-based casinos are prohibited for locals and foreign tourists alike. But online platforms such as ArabianBetting make it possible for players to place their bets. Indeed, they have reviewed the best casinos to ensure the safest gambling experience. So, from casino classics to innovative slots, online casinos offer a range of exciting games. And sports enthusiasts might also join in on the fun with a selection of secure betting options. Indeed, sports betting is as taboo as casino gaming, even during events like the Dubai World Cup horse race. Yet, there’s no reason why you couldn’t share the Meydan Racecourse’s impressive grandstand on your Insta account.

Dubai: a trend-setter on Instagram
In recent years, Dubai has firmly settled as one of the world’s fastest-growing tourism destinations. From influencers to local businesses, that is in no small parts thanks to a cohesive Instagram presence. And Instagram-obsessed travel trend is probably just beginning.

Photo by ZQ Lee on Unsplash

The luckiest gamblers of all times