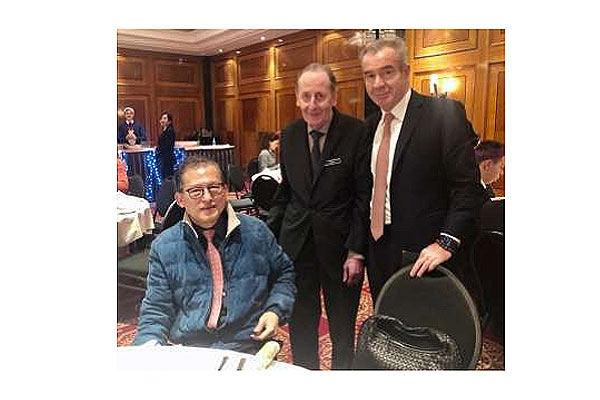 Hotel Group starts out 2020 as private company after 23 years on London Stock Exchange.

SINGAPORE – It was certainly a bright and merry celebration as more than 300 staff of Millennium & Copthorne Hotels (M&C) celebrated the year end festivities with their Executive Chairman, Mr Kwek Leng Beng, at the Copthorne Tara Hotel in London.

It was a special Christmas 2019 for M&C as it was the first year the hotel group celebrated as a private company after 23 years on the London Stock Exchange. Listed in 1996, M&C was delisted on 11 October 2019 following a successful privatisation exercise launched by City Developments Limited (CDL), its major shareholder. Taking full control of M&C would allow CDL to conduct a more holistic review of its hotel operations and accelerate M&C’s integration with initiatives that would maximise shareholder value.

Attending the annual celebration for the first time in 30 years, Mr Kwek was in high spirits. Looking cool and collected in a blue puffer jacket, Mr Kwek, who was previously Chairman of then London-listed M&C, addressed staff for the first time as Executive Chairman, declaring “Enjoy yourselves, happy holidays and I love you all!”

At the celebration event, Mr Kieren Twomey, Group Chief Operating Officer of M&C, also shared his thoughts on Copthorne Tara, citing a great sense of hospitality and helpfulness that has helped the hotel achieve many milestones over the years. He paid special tribute to Copthorne Tara’s longest-serving staff, Mr Liam McElroy, who has worked at the hotel for the past 46 years.

With staff strength of over 11,500, M&C has more than 135 hotels across some 80 locations worldwide, accounting for some 43,000 rooms. In Singapore, there are six M&C hotels – Orchard Hotel, Grand Copthorne Waterfront Hotel, M Hotel, Studio M, M Social and Copthorne King’s Hotel. M&C is the hotel arm of CDL. Both M&C and CDL are members of Hong Leong Group.