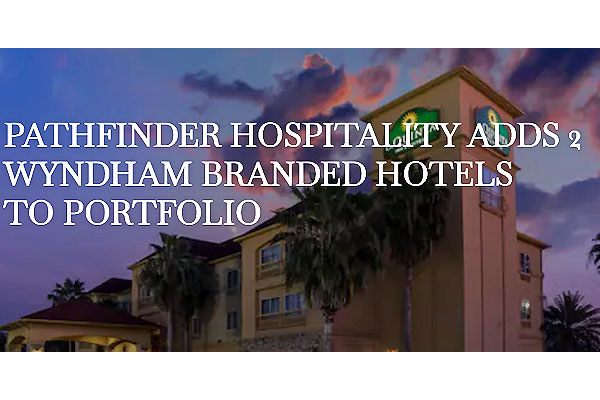 Pathfinder Hospitality, a hotel development and 3rd-party management company based in Austin TX, announce that they have officially added the La Quinta Inn & Suites by Wyndham Brookshire – West Katy and the Wyndham Garden Houston Willowbrook to their growing portfolio of management contracts. Located at 721 FM 1489, Brookshire, Texas 77423… La Quinta Inn & Suites has 55 rooms, meeting space, a beautiful backyard with a pool, jacuzzi, pergola and a grill. Located at 18818 Tomball Pkwy, Houston, Texas 77070…Wyndham Garden Houston Willowbrook has 155 rooms, an indoor heated pool & jacuzzi, a full-service bar/restaurant, and is located near many corporations & attractions.

David Wren, who was hired as a Front Desk Agent at Residence Inn Austin Southwest has been promoted to be the General Manager at the La Quinta Inn & Suites Brookshire. David steps into this role with over 2.5 years of Wyndham brand experience along with 15+ years in the restaurant industry and "we are thrilled he will be leading the team."

Ashley Gaytan, who’s been with Pathfinder for over 3 years, has been appointed to be the interim onboarding General Manager at Wyndham Garden Houston Willowbrook. "Ashley’s passion for Platinum Service has helped her grow within the company and we are elated she will be putting her touch on getting the team inspired and operations in order."

The Dutch Transavia to launch service from Riga Airport