Why travelling to music festivals is still worth your money | TravelDailyNews International
New Articles
New Appointments
Al Raha Beach Hotel appoints Sidi Fikri as Executive Assistant Manager
Meetings & Events
Oman Arab Bank sponsors the Little Tourist Forum
Hotels & Lodging
Fauchon L'Hotel Paris wants to extend the summer vacation vibe with new fall programs
Aviation
Aviation Capital Group announces delivery of one Boeing 737-9 MAX to Copa Airlines
Meetings & Events
ATCA and Kenes Group partner to host Global Airspace Integration Event in Madrid
Aviation
flynas doubles its operational performance during H1 2022
Cruises
Carnival Cruise Line removes pre-cruise testing for vaccinated guests and welcomes all unvaccinated to sail
Hotels & Lodging
The Ritz-Carlton, Amman announces the opening of its newest restaurant, Soleil
Aviation
SAS secures USD 700 million in debtor-in-possession financing
Aviation
Tallinn Airport ends first half of year in profit
Technology
Aeromexico selects Pricefx to enhance sales analytics capabilities and drive additional value from their Travel Agency Channel
Aviation
Qatar Airways celebrates 100 Days to Go to FIFA World Cup Qatar 2022 and launches ‘The Journey Tour’ across Europe
Technology
Cloudbeds Publishes ‘Big Book of OTAs’ unveils top performing distribution channels and strategic guide
Statistics & Trends
Thoughtful trips, workcations and flexibility are the priorities for today’s travellers
Fairs & Exhibitions
ITB Berlin: Content Partner at the BESTIVAL on 25 August in Berlin
Aviation
British Airways to connect Aruba and Guyana with London Gatwick
Statistics & Trends
Tourism in Berlin: 11 million overnight stays in the first half of 2022
New Appointments
Bahamian barrister to lead tourism promotion board
Headlines:
Your complete packing list for an international move
Top six reasons why you should select a luxury Mediterranean cruise for holidays
Tech & travel: Which devices should you bring
The dangers of public WiFi while traveling
How and when did bingo change its image
Jackson Bonnen shares six of the best backpacking through Europe destinations before going to college
What is PayPal and how does it work
French luxury holiday: What you must know before renting a luxury villa in France
How to drive safe when the weather is bad
Can you still access your preferred online casinos if you travel to Russia or the Ukraine
Best walking shoes
Six reasons to lease an Audi S7 as your next vehicle
Top ten reasons travelers love cruise ships
South America: Country by country travel guide
The seven most thrilling theme park in Dubai & Abu Dhabi
NEWS AROUND THE WORLD

Why travelling to music festivals is still worth your money

Festivals represent great value for money and once you’ve travelled to one yourself, you’ll understand exactly why.

It’s that time of year once again. After Covid did what Covid does, and wreaked havoc, it’s great to see Glastonbury back after a three-year (forced) break. As this world-famous music festival holds belated celebrations for its 50th anniversary, music fans who are travelling from all over the world are in for a treat with five days packed full of some of the biggest names around.

Seeing field after field brimming with fans who just can’t get enough, you may be left wondering if this cost-of-living crisis is real. The thing is, we all need a treat, we all need an escape, and, after the last few years, we all deserve fun. A music festival can give you all of these things, and so much more.

The best in music
What makes a music festival worth the money is the fact that you get to see some of the best groups and solo artists from around the world. There’s also the chance to experience new sounds from those who are just breaking through, anyone remember a certain Mr. Ed Sheeran debuting at Glastonbury back in 2011?

Sally Howell has spent the last 36 years in charge of the Croissant Neuf field at Glastonbury and is responsible for booking the acts. Speaking to Betway, Howell reveals the sense of responsibility that she feels as she works hard to ensure that she gets it right. 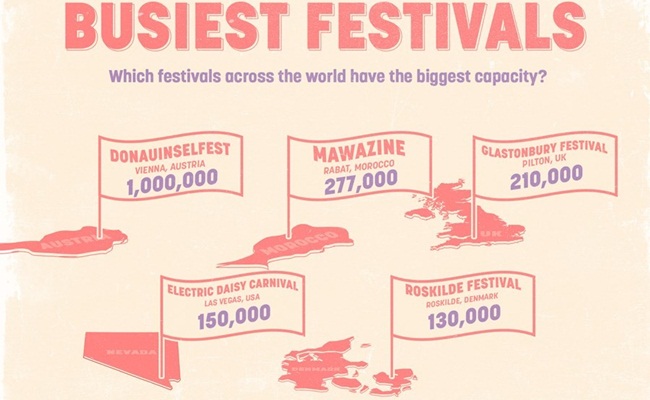 It’s not just about the music
Of course, whenever you attend a festival, the music matters. In fact, it more than just matters, as you wouldn’t book tickets to go and listen to something that really didn’t appeal. However, when looking at getting value for money, there is so much more to a festival than the music.

Howell, when speaking about Glastonbury, refers to a sense of community and that’s something that fans certainly experience. The sheer number of people, all brought together for the same reason, creates that sense of community, but also an atmosphere that’s electric.

There’s a lot going on behind the scenes
It’s easy to turn up at a festival and almost take the experience for granted. The thing is, there is far more that goes into getting a festival live than many people realise. When you take a look at Glastonbury, you’re talking about a temporary city being built just for 5 days. This is a city so big that it would make it the 27th biggest in the UK.

The work that goes into creating this, the 100-plus stages, the atmosphere that it creates. That’s what you’re also paying for.

What else can you get for your money
Are music festivals cheap? Well, no, but they’re worth every penny. Where else can you pay less than £300 to receive five days of the very best in entertainment? You might be able to take in a West End show and have a fancy meal, all of which is over in a single evening.

Festivals represent great value for money and once you’ve travelled to one yourself, you’ll understand exactly why.