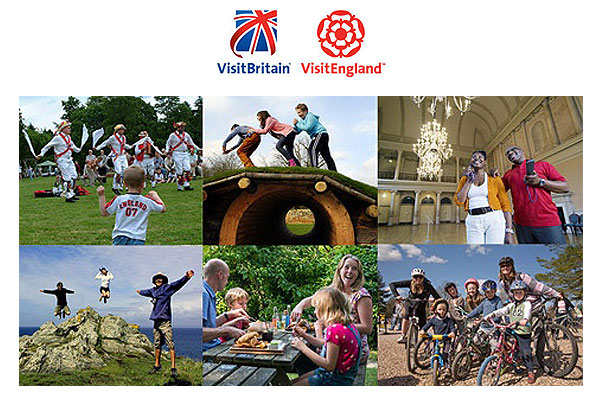 The latest bids to receive year-one funding, declared after a rigorous application process, include projects to inspire more tourists to visit the coast, targeting US visitors with an interest in the Second World War through a new package of experiences in East Anglia, developing Hull as an international gateway for cultural experiences throughout the north, enticing international conference delegates to stay in England for longer and encouraging visitors to explore rural England in eco-friendly electric cars.

Today’s announcement brings the final number of winning projects for year-one funding to 21 with a combined value of nearly £4 million. Together these projects cover the length and breadth of the country from East Anglia in the east to Bristol in the west, Hull in the north and Torbay in the south. They will target key inbound visitor markets including the United States, Germany, France, The Netherlands and Australia as well as growth markets including China and the Middle East by offering new tourism products.

Tourism Minister Tracey Crouch said: "The Discover England fund will help promote fantastic tourist destinations for overseas visitors and Brits holidaying at home. With so many beautiful and historic places to explore across England, this is a brilliant opportunity to share the benefits of our booming tourist industry throughout the country."

VisitEngland Chief Executive Sally Balcombe said: “We are delighted with the calibre of the successful round-one projects and we look forward to working closely with the winners to build world-class ‘bookable’ English tourism products to support the growth of one of England’s most successful industries, tourism.”

The three-year Discover England Fund ensures that England stays competitive in the rapidly growing global tourism industry by offering world-class English tourism products to the right customers at the right time, driving growth from international visitors across the regions and benefitting domestic visitors.

Round two of the Fund – which opened in August – calls for large scale destination led collaborative bids worth more than £1 million. A smaller funding pot for new year-one projects and pilots, and continuation funding for existing round one projects that demonstrate early learning, will also be available.

The Discover England Fund is part of the UK Government’s Tourism Action Plan announced in August. The plan underlines the Government’s commitment to the continued success of the tourism industry, which last year generated £22.1 billion in spending from inbound tourism to Britain and £19.6 billion from domestic overnight tourism spend in England, both record results.

The five successful applicants announced are:

Passport to the Coast
Using The Netherlands as a test market, the National Coastal Tourism Academy will engage tourism businesses along the coastline of the East of England between Hull and Harwich to produce thematic itineraries to inspire visitors to choose the coast. A new coastal pass and video based technology will provide a fresh perspective for visitors to build their trips.

The last mile by e-car
Tackling the issue of how to see some of England’s best rural product in an eco-friendly way, e-car club will place electric car club vehicles at convenient locations so that international visitors can combine public transport and car travel to explore England’s glorious countryside. Focusing on Oxford and the Cotswolds this pilot will increase the awareness of the new service with tourism businesses and promote it to consumers.

Cultural England from Hull to Liverpool
Taking advantage of its 2017 status as the UK City of Culture, Hull will lead on a project that highlights the cultural offer of northern England by developing an itinerary that can be accessed by German and Dutch visitors travelling with P&O Ferries. The itinerary will develop Hull as an international gateway, test the appeal of cultural experiences in Leeds, Manchester, Liverpool and scope the introduction of a Transpennine Cultural Rover rail ticket.

The Friendly Invasion
During the Second World War 180,000 US airmen were based in East Anglia. Visitors from the United States are very interested in the lives and experiences of their compatriots’ time in the region and this project will make treading in their footsteps a more simple and appealing proposition. Packaging up a range of experiences that includes the essence of England combined with themed events and tours of the airbases themselves, this new product will be promoted to US consumers through the well-established memorial societies who are devoted to keeping the history of the Americans in England alive.

Delegate engagement
The Core Cities group, led by Marketing Liverpool, will develop and test an online booking mechanism to encourage international conference delegates to stay in England for longer. The new functionality will provide and promote a range of ideas and products that can be booked in advance as either a pre or post-conference extended break.