Newsletter
HomeAviationFrankfurt Airport summer flight schedule 2018: Around the globe from Frankfurt around
Airports

Frankfurt Airport summer flight schedule 2018: Around the globe from Frankfurt around 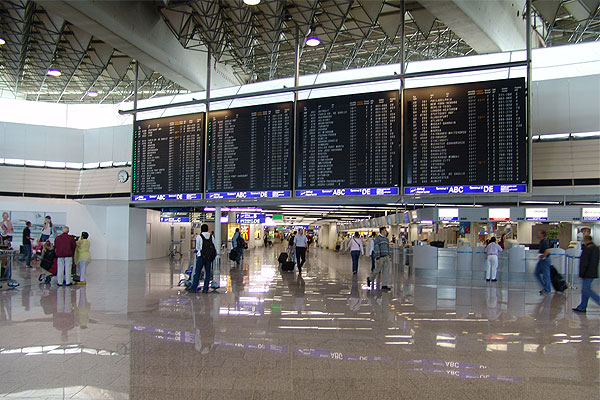 In summer 2018, 99 airlines will fly from Frankfurt Airport (FRA) to 311 destinations in 97 countries around the world. The new summer flight schedule will take effect on March 25. Next to additional long-haul routes, it will also introduce a number of new connections from Frankfurt to European connections.

An average of 5,280 flights will take off from FRA every week (an increase of 9.4 percent). 5,045 of them will be passenger flights, leading to a corresponding increase in seat capacity. Up to 910,000 passengers will be able to fly from Frankfurt every week, around eight percent more than in summer 2017. This reflects the significant expansion in European flight connections, which will account for 4,005 take-offs and 610,000 seats every week (up twelve percent).

The list of European destinations served from Frankfurt will increase by a further ten to a total of 170 destinations. Fans of the Mediterranean climate and countries will be the main beneficiaries of these additions. Passengers looking to fly to Spain can select from the new destinations of Pamplona (Lufthansa, since winter 2017/2018), Girona and Murcia (both Ryanair). Friends of the Italian way of life can fly south with Lufthansa (Genoa, since winter 2017/2018), Condor (Brindisi, since winter 2017/2018) and Ryanair (Brindisi and Perugia). There will also be new routes from Frankfurt to Greece, with flights to Sitia (Crete, Condor) and Kefalonia (Ryanair). Ryanair will also add a route to Perpignan in France. From the end of March, Rijeka (Croatia) will be served by both Condor and Ryanair. As in winter 2017/2018, Lufthansa will serve two additional destinations in Romania, offering six flights a week to both Cluj and Timi?oara.

All in all, this means the strong growth in air traffic recorded in winter 2017/2018 will not only continue but also increase slightly in summer 2018.

Of the 99 airlines operating flights from Frankfurt Airport this summer, Laudamotion (with connections to Palma de Mallorca) and Ural Airlines (flights to St. Petersburg and Moscow-Domodedovo) are new to FRA. Easyjet has been represented in Frankfurt since January 2018, while Cobalt (Cyprus) and Air Malta (Malta) have been serving the airport since the 2017/2018 winter timetable.

Air Berlin and Niki will no longer be represented at Frankfurt Airport. In addition, the routes from Frankfurt to Aberdeen (Lufthansa) and Paphos (Condor) are no longer included in the new timetable.

All changes are in comparison to the summer flight schedule 2017.

Due to the expected high number of passengers using Frankfurt Airport throughout the upcoming Easter holidays and the 2018 summer season, longer waiting times can occur for passenger security-screening procedures. Therefore, passengers are kindly asked to arrive at the airport at least 2,5 hours before the flight departs. Travelers should allow for sufficient time before departure and – after checking in – to proceed directly to the security control points. Furthermore, we recommend checking in all possible baggage to reduce the time required at the security control for passengers and their carry-on items.