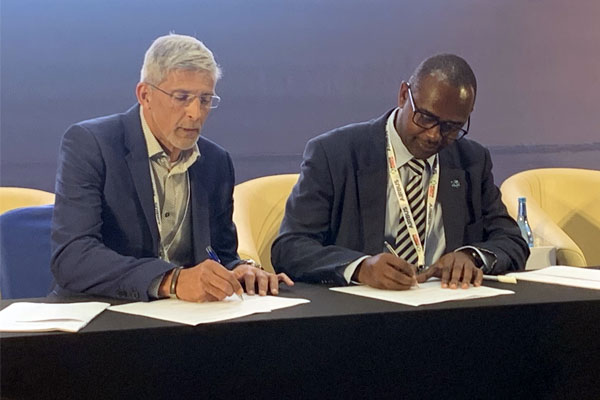 The five new interline partners are Fly Pelican from Australia, ITA Airways from Italy, Jordan Aviation from Jordan, Safarilink from Kenya, and Transair from Senegal.

DREIEICH – Hahn Air added 14 new carriers to its leading network of more than 350 airlines throughout 2022. With Hahn Air’s solutions, the partners can sell their flights in 190 markets, including markets outside of their route network, where they are not available with their own distribution set-up. When the partners sign an interline agreement with Hahn Air, travel agents can book their flights in the GDSs and issue them on the insolvency-safe Hahn Air HR-169 ticket, even in markets where the airlines are not participating in the local payment system (e.g. BSP or ARC). With the products H1-Air and X1-Air, partner airlines with no or limited GDS presence benefit from being available in all major GDSs under the H1 or X1 code and can be ticketed with Hahn Air as the validating carrier.

The five new interline partners are Fly Pelican from Australia, ITA Airways from Italy, Jordan Aviation from Jordan, Safarilink from Kenya, and Transair from Senegal. Nine partners opted to outsource GDS sales to Hahn Air, therefore Nauru Airlines from Australia and Nepal Airlines (on behalf of President Travel & Tours) are now available in GDSs under the H1 code while Animawings from Romania, As Salaam Air from Tanzania, Cabo Verde Airlines from Cabo Verde, EZ Air from Curacao, Fuji Dream Airlines from Japan and Jambojet from Kenya can be found in major GDSs under the X1 code. And finally, one carrier, World2Fly from Spain, came on board as a dual partner opting to combine an interline agreement with the X1-Air solution.

“Our indirect distribution solutions are the right fit for airlines with any business model and with any distribution set-up”, says Alexander Proschka, Executive Vice President Commercial at Hahn Air. “We are the right partner for carriers that have no reservation system or GDS connections at all, as well as for carriers that already have a comprehensive distribution strategy in place. With our solutions they can unlock secondary markets and generate incremental revenue without any risk.”

With its ticketing and distribution solutions, the German airline Hahn Air facilitates global business between travel agencies and airlines. Its global connectivity with all major Global Distribution Systems (GDS) and almost all Billing and Settlement Plans (BSPs) enables 100,000 travel agents worldwide to issue the flights of Hahn Air partners on the HR-169 ticket.