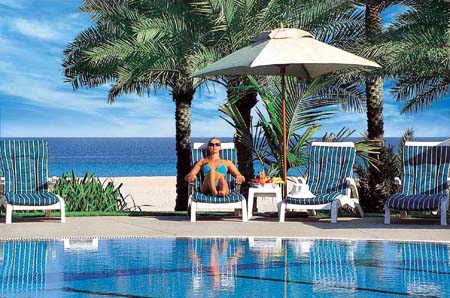 RICHMOND, VA. – Half (51%) of Americans haven't had a vacation in more than a year, including four in ten (38%, up a point from last year) who say it's been more than two years, according to the 10th annual Vacation Confidence Index released by Allianz Global Assistance. A vacation is defined as a leisure trip of at least a week to a destination that is 100 miles or more from home.

Americans' Time Since Their Last Vacation

The importance of taking a vacation has also decreased over the past two years: in 2016, 65% of Americans said an annual vacation was important to them, compared to 59% in 2017 and 58% in 2018, leaving four in ten (41%) who say an annual vacation this year is not important. This may not bode well for Americans' well-being and careers. According to past studies, those who take vacations report being happier, with higher levels of productivity and lower rates of burnout[1], and those who forfeit vacation days are less likely to have received a recent raise, bonus or promotion[2]. Last year, the Vacation Confidence Index found that 42% of Americans do not take all of their allotted paid vacation time.

Allianz Global Assistance also analyzed Americans' confidence levels in taking leisure time off: only four in ten Americans (44%, unchanged from last year) are confident (32% very, 12% somewhat) they will take a summer vacation this year. One in three are not confident (26% not at all/9% not very) about the prospect of going on vacation this summer, leaving two in ten who have either already taken their annual vacation (10%) or who plan to take it some other time in the year (10%).

Even when looking at 2018 as a whole, four in ten Americans (41%) aren't confident they'll take a vacation at any point this year, leaving just 48% who express confidence in the prospect of an annual vacation – down 3 points from last year (a further 10% say they've already taken a vacation this year). Confidence in taking an annual vacation is at the lowest point it has been since the tail-end and recovery of the Great Recession in 2009, when only 44% expressed confidence.

"While a majority of Americans think an annual week-long vacation is important, half haven't taken time off in the last year," said Daniel Durazo, director of communications at Allianz Global Assistance. "This could be attributed to the growing trend of weekend or shorter getaways or the rise in 'bleisure' travel, but it's also concerning to see the decline in vacation confidence levels. Another trend we've noticed is that during uncertain times, consumers turn to travel insurance to give them the confidence they need to book their trip, especially if it's off the beaten path."

Holiday travel to Europe up more than 20 percent