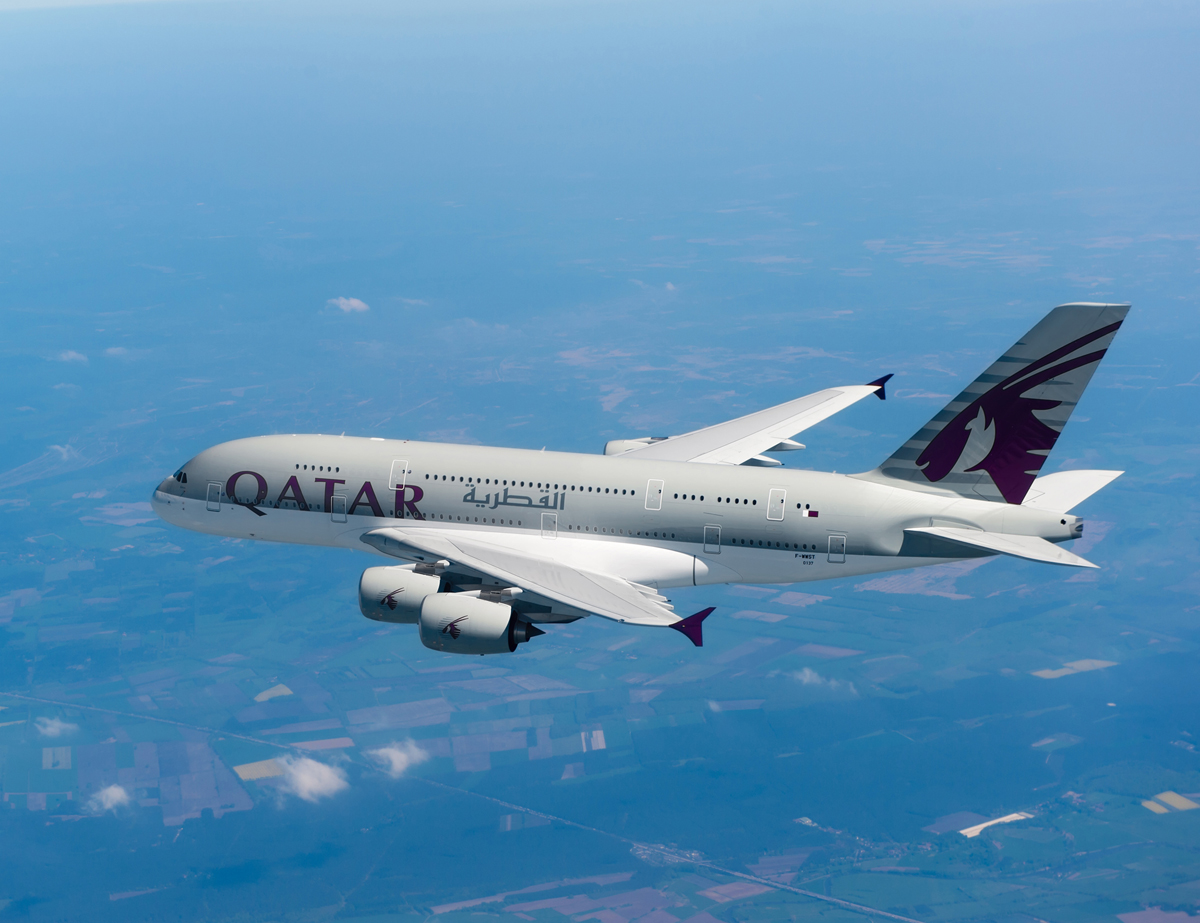 The 517-seater A380 aircraft will increase Qatar Airways’ current daily capacity to Melbourne.

Airline ends 2016 route expansion on a high note in Africa.

DOHA, QATAR – Qatar Airways has rounded off its 2016 global route expansion on a high note with the launch of daily flights to the idyllic islands of the Seychelles – the 14th new destination on the airline’s route map this year and the third in Africa.

Flight QR678 touched down at Seychelles International Airport to a welcome ceremony attended by airport and government officials, together with local dignitaries. Qatar Airways Chief Commercial Officer, Dr. Hugh Dunleavy led a high-profile delegation on the inaugural direct flight from the airline’s operational hub in Doha.

Qatar Airways Group Chief Executive, His Excellency Mr. Akbar Al Baker, said: “Our aim is to provide our passengers with greater choice and variety when selecting their holiday destinations. We are sure that the Seychelles is going to be a popular option with many travellers from Europe and the Middle East looking for an exotic island getaway. With this new service, holidaymakers can seamlessly connect to the Seychelles via our state-of-the-art home and hub in Doha, Hamad International Airport.”

The destination comprises 115 tropical islands in the western Indian Ocean, located off the east coast of Africa. Its airport is located on the island of Mahe near the city of Victoria, the capital of the Seychelles. Visitors can experience the Vallee de Mai Nature Preserve on the island of Praslin, a UNESCO World Heritage Site, the Seychelles National Botanical Gardens on Mahe, or, of course, enjoy the white sand beaches the islands are known for.

The Minister for Tourism, Civil Aviation, Ports and Marine Mr. Alain St Ange, said: “We are happy to have Qatar Airways, the world’s five-star airline, fly to Seychelles. The array of scattered islands with their lush green natural landscapes, white sandy beaches, and turquoise blue sea promise visitors the adventure of a lifetime.

“The new services will add important value to the thriving tourism industry with huge potential to boost traffic from Europe and further expand the emerging Middle East and East Asia’s travelling markets amongst others.”

Minister St Ange added: “Qatar Airways, which is an award-winning airline, will give more choices to passengers travelling to and from our beautiful islands in terms of service, airfares, transfer airport experience as well as routes.”

The Seychelles is key to Qatar Airways’ global network expansion strategy and its continuing growth in Africa. The airline currently operates to 23 African gateways, including the recently launched service to the Namibian capital of Windhoek, which joined the airline’s route map in September 2016.

The Doha to Seychelles flight schedule offers an attractive 08:50 morning arrival and 19:25 evening departure so travellers can take full advantage of their time on the islands.

Passengers planning a getaway to the Seychelles are encouraged to plan a stopover in Doha, with a new transit visa scheme offering visitors a free transit visa for up to 96 hours on your way to or from your final destination. Combine a quick visit to Doha, with its historic sites and five-star shopping and resorts, with a Seychelles dream holiday – only available to Qatar Airways passengers.

The 517-seater A380 aircraft will increase Qatar Airways’ current daily capacity by 44 per cent on this route to meet the growing travel and trade demand, connecting Melbourne-based passengers and freight to more than 150 destinations globally.

Qatar Airways Group Chief Executive, His Excellency Mr. Akbar Al Baker, said: “As we continue to grow apace in Australia, we have seen a clear need to inject additional capacity on the Melbourne service. We are delighted to introduce our A380 aircraft to Melbourne after seven years of operation to the world’s most liveable city. Well-travelled Melburnians will find our seamless and quick connections via Doha’s Hamad International Airport a great and easy travel option. And our expansive European network provides plenty of homecoming options for one of Australia’s most culturally diverse cities, which is home to many families from European heritage including the United Kingdom, Italy and Greece.”

Melbourne is the original home for Qatar Airways in Australia, with the airline adding services to Perth, Sydney and Adelaide thereafter. The airline first started flying to Australia’s second largest city on 6 December 2009 with a 259-seater B777 aircraft. With the introduction of daily A380 services, capacity on the Melbourne route will have increased two-fold since 2009.

The A380 aircraft features a luxurious and exclusive First Class Cabin with ultra-wide seats, which recline into a flat bed, two-passenger table extension dining, and designer sleeper suits, flight slippers and amenities. Passengers travelling in Qatar Airways’ award-winning Business Class can also enjoy direct aisle access with the 1-2-1 seat configuration and a suite of entertainment options including on-board Wi-Fi, keeping them fully connected while up in the air.

In addition, passengers in First and Business Class can relax and socialise at the on-board lounge located on the upper deck of the superjumbo.

The 517-seat capacity is spread across twin decks in a tri-class configuration of eight seats in First Class, 48 seats in Business Class and 461 in Economy Class, featuring world class amenities and first rate services that set it apart from other aircraft. Passengers travelling from Melbourne to London and Paris can enjoy the Qatar Airways A380 experience throughout their journey to these two European destinations.

Economy Class passengers also benefit with the added spaciousness of the A380, with higher ceilings on the main deck, a wider seat configuration and design to offer more legroom plus contoured headrests.

When transiting through Qatar Airways’ hub, Hamad International Airport in Doha, passengers travelling from Melbourne can enjoy a comfortable and efficient transit. The luxurious and modern airport has more than 40,000 square metres of retail space and restaurants including more than 70 retail and 30 food and beverage outlets, as well as a 25-metre swimming pool, gym, hotel and spa. Premium passengers can also enjoy resting in two award-winning lounges – the Al Safwa First Lounge and the Al Mourjan Business Lounge. The former is the first world’s first airline lounge to be accorded the Seven Star First Lounge Award by the Seven Stars Luxury Hospitality and Lifestyle Awards, famed as the ‘Oscars of Luxury’.

For travellers who would like to turn their transit into a stopover experience, they can also take advantage of the new 96-hour transit visa offered in partnership with the Qatar Tourism Authority. Transiting passengers can explore the various highlights Doha has to offer – from the world-renowned Museum of Islamic Art to the Katara Cultural Village or desert safaris to bustling and cosmopolitan city scape.