Newsletter
HomeRegional NewsAfricaRevealed: The tourist attractions available in the most languages
Survey

Revealed: The tourist attractions available in the most languages 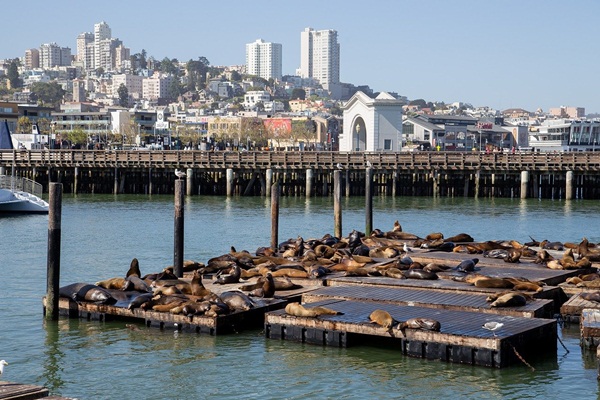 Surprisingly, 20 out of the top 50 most visited attractions worldwide only offer information on their website in English.

BERLIN – The digital learning platform Preply has carried out a study to  find out which of the world’s leading tourist attractions offer information on their websites in the most foreign languages.

The pandemic has caused many travellers to research more about corona regulations, especially when visiting busy tourist attractions. Preply took 50 of the world’s most popular tourist attractions, based on their visitor numbers, and investigated how many different languages are offered on their official websites. The study found that the websites for many leading attractions offer information only in English.

Table: The top ten tourist attractions, based on annual visitor numbers, who offer the most number of language options on their official websites. The full list of results from the study is below.

The shopping mall and tourist attraction Pier 39 in San Francisco tops the list as it offers an impressive 109 different language options on its official website. The reason why it offers so many languages is thanks to a translator plug-in‚ which is a simple piece of technology that makes the website so much more inclusive for people who speak different languages.

New York’s Times Square comes in second with 53 languages on its website to help its 39 million annual visitors. Two French attractions take third and fourth place; the Sacre Coeur provides 14 languages on its website, and Disneyland Paris offers 10 languages to its 11 million annual visitors. However, a staggering 20 of the top 50 attractions on this list only offer English on their websites.

Kirill Bigai, CEO of Preply said: “In difficult times like these, it becomes even more important for businesses, including tourist attractions, to attract customers. By offering information, especially corona rules, in a number of different languages on a company's website shows the business’ eagerness to welcome visitors.”

Eve to list on NYSE through business combination with Zanite Acquisition Corp.