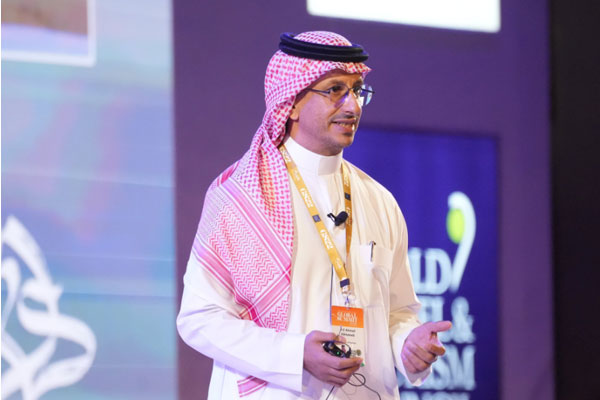 WTTC and Saudi-based Sustainable Global Tourism Center launch inaugural Environmental & Social Research. Between 2010 and 2019 the sector’s GDP has grown on average 4.3% annually whilst its climate footprint increased by just 2.4%

The findings were launched at the global tourism body’s 22nd Global Summit in Riyadh by the World Travel & Tourism Council and the Saudi-based Sustainable Global Tourism Centre.

In a world-first, this comprehensive research covers 185 countries across all regions and will be updated each year with the latest figures.

During her opening speech Julia Simpson, President & CEO of WTTC announced the findings of the Environmental & Social Research (ESR). In one of the largest research projects of its kind ever undertaken, WTTC can for the first time ever, accurately report and track the impact industries within the sector have on the environment.

Previous estimates have suggested that the global Travel & Tourism sector was responsible for up to 11% of all emissions. However, WTTC’s pioneering research shows that in 2019 the sector’s greenhouse gas emissions totalled just 8.1% globally.

These emissions have been falling consistently since 2010 as the result of technological developments, as well as the introduction of a number of energy efficiency measures across industries within the sector.

Between 2010 and 2019 our sector’s GDP has grown on average 4.3% annually whilst its environmental footprint has only increased by 2.4%.

The broader Environmental & Social Research (ESR) will include measures of the sector’s impact against a range of indicators, including pollutants, energy sources, water use, as well as social data, including age, wage and gender profiles of Travel & Tourism related employment.

WTTC will continue to announce new data on how the sector fares against these indicators throughout 2023.

Governments around the world now have a tool to inform their decision-making and accelerate environmental change more accurately.

Julia Simpson, WTTC President & CEO, said: “Until now we did not have a sector-wide way to accurately measure our climate footprint. This data will give governments the detailed information they need to make progress against the Paris Agreement and the UN Sustainable Development Goals.

“Travel & Tourism is making huge strides to decarbonise, but Governments must set the framework. We need a steely focus on increasing the production of Sustainable Aviation fuels with Government incentives. The technology exists. We also need greater use of renewable energy in our national grids – so when we turn on a light in a hotel room, it is using a sustainable energy source.

“8.1% is the stake in the ground. The key is to become more efficient and decoupling the rate at which we grow from the amount of energy we consume from today, every decision, every change, will lead to a better and brighter future for all.”

Saudi Arabia Minister of Tourism, HE Ahmed Al-Khateeb added: “We are proud to be a partner to the WTTC in this important research that will monitor impact for the future.

"Saudi Arabia recognizes that travellers and investors want policies that promote sustainability in the industry and we have embarked on a journey that will make the Kingdom a pioneer in sustainable tourism.

“Under the Saudi Green Initiative, we launched more than 60 initiatives in the past year to do just that. The first wave of initiatives represent more than $186 billion of investment in the green economy.”