Modern technology in the service of casinos 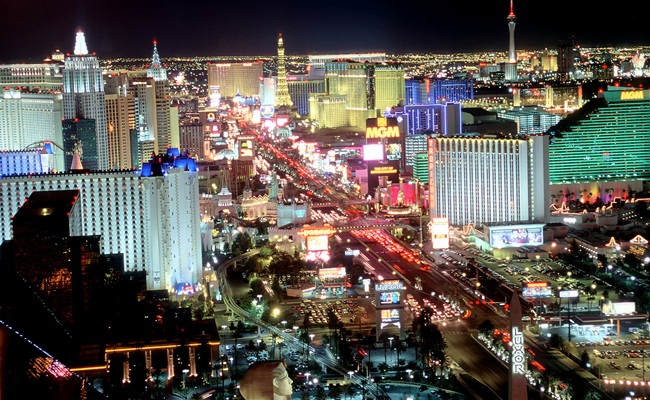 Read on for the most effective systems that the world’s best casinos use to deal with scammers and adventive gamblers from BestAuCasinosOnline.

In casino crime movies, savvy pit bosses and observant security agents use video cameras and their years of expertise to discover criminals. The criminals are then transported to the back rooms, where merciless boneheads question them.
Modern gambling reality is slightly different. The professionalism of croupiers and the eagle-eyed eyes of the people on the other side of the webcams are not enough for the owners of large casinos. They employ cutting-edge technology, considerably complicating the lives of fraudsters, card counters, and even professionals who have turned gambling into a business. When they find an undesirable guest, they either direct them to the door or give them over to the authorities.
Read on for the most effective systems that the world's best casinos use to deal with scammers and adventive gamblers from BestAuCasinosOnline.
Automatic identification of number plates
When a visitor's automobile enters the parking lot at certain casinos, security begins receiving information on him or her. Cameras with number plate recognition technology are installed in the parking lots.
They record all the cars that park outside the establishment. The procedure is as follows:
If it turns out that a blacklisted person or a cheater from the list of excluded players came to the casino, security representatives will meet him at the door.
This scheme cannot protect from professional cheaters, but it helps to fight with potentially unwanted visitors.
Biometric facial recognition
Some gambling establishments are already using technology to recognise the faces of visitors captured by CCTV cameras. Although the technology is new to the business, operators report it is doing well. At its most basic level, the technology simply scans faces and photographs all gamblers. This format only allows for the creation of a catalogue and requires manual processing.
It analyses the outcomes and compares players to a database in a more advanced form. If it is discovered that someone who seems to be on the blacklist is within the institution's borders, the security service is called in.
Many specialists are sceptical about the new system, it must be noted. For example, John Connolly, an agent with Eye on the Action and manager of the Casino Surveillance and Security Society. He says, that he doesn't believe in the success of biological facial recognition. The majority of the photos were shot using cameras mounted on the ceiling or slightly below it, allowing us to see the suspects' heads at an angle above their heads. Database checks, according to Connolly, are still too time-consuming. This makes using the system tough.
Any innovation, however, is greeted with resistance by a small core of conservative employees.
RFID casino chips
RFID stands for Radio Frequency Identification, which stands for Radio Frequency Identification. This technology is widely used in the gambling industry.
Casinos equip tokens with RFID chips capable of transmitting programmed codes on specific radio frequencies, which makes the tokens unique and helps achieve multiple objectives:
Even inveterate gambling retrogrades do not doubt the effectiveness of this type of chips, because they have already helped out casino operators more than once.
For example, several years ago an anonymous visitor at Bellagio stole tokens worth a million and a half. The owners of the establishment had to deactivate the chips in the tokens, rendering them useless. From then on, they could neither be cashed in nor used for gambling.
Gambling establishments in Singapore do not allow tokens to be taken out of the casinos. The chips help security staff prevent players from taking their chips away with them.
Angel Eye
In casinos in Macau and other countries where baccarat is very popular, casino operators are constantly faced with a common cheat trick – exchanging cards between the boxes. This trick is effective in establishments where gamblers are allowed to touch the cards and flip them themselves.
Developers of gambling equipment have created an effective method of combating this cheating technique. The system is called the Angel Eye.
It works like this:
Angel Eye system keeps track of which customer should have all their dealt cards. If they end up in other positions, the security representatives get a signal. They watch the CCTV footage and check what has happened.
This technology is also useful in blackjack with multiple decks laid in the shoe. It helps to deal with dealer mistakes and the various actions of crooks.
TableEye21
It is a computer programme that combines several technologies and presents a range of very useful tools. It works as follows:
Such an approach allows to identify potential card counters, detect cheaters, prevent possible cooperation of swindlers with croupiers and perform a lot of other actions.
NORA system
This catchy acronym, evoking a woman's name, stands for Non-Obvious Relationship Awareness. It is a huge database storing detailed information about stakeholders:
It includes all people connected with the gambling business in one way or another.
But it's not just a huge amount of data. The system automatically tracks possible links between the people in the database.
For example, it can be used to find out that, years ago, a croupier studied at the same university course as a client who won a decent sum of money. Naturally, the casino's management would be interested in such information.
Conclusion
Of course, implementation of new technology does not relieve casino owners from the need to carefully choose qualified managers, camera men and security officers. No system in the world can detect all cheats and prevent all scams, but you can easily find secure online casinos, cause they are protected by SSL encryption. However, it would be foolish to deny that modern developments do help to combat cheats.
The latest cameras, huge databases, face and number recognition, chip chips — all of these make life harder for cheaters and allow casinos to be run more efficiently.
We also review online casinos for players from Canada, so you can check BestAuCasinosOnline.
Follow TravelDailyNews International on Google News