Why is Barcelona so popular with tourists 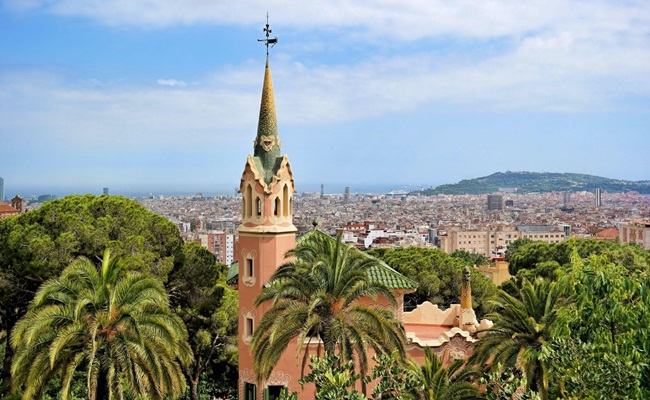 What this city is famous for? You should plan a visit there soon, but first, let’s review.!

Barcelona is a beautiful city on the coast of northeastern Spain. Every year, more than 27 million visitors come to the city to enjoy its culture, magnificent architecture, beaches, and world-renowned athletic events. From its convenient accommodations to the gorgeous scenery, there are many reasons that Barcelona is so popular with tourists.

No question about it, the city of Barcelona is stunning, multifarious, and full of life. Not to mention, Barcelona is affordable to visit with plenty of activities for travelers to appreciate. In fact, for what it costs to rent a small studio apartment in many places, you can rent a luxurious penthouse or apartment in Barcelona!

But, why is Barcelona so popular with visitors from around the world? What this city is famous for? You should plan a visit there soon, but first, let's review.!

One thing that draws visitors to Barcelona is its architecture. Some of the buildings here date back to the days of the Roman Empire! Tourists who visit this city will have the opportunity to see structures that are two thousand or more years old. In ancient days, the city was called Barcino. Today, the remains of ancient Roman-era buildings can be toured and explored, and you can also visit the archaeological Museum of Catalonia.

El Gótico, emblematic district of the medieval era
In addition to Roman-era architecture, Barcelona is the home of various famous medieval and gothic buildings. Barcelona grew exponentially during the Roman Empire and by the middle ages, was the home of famous dignitaries called Counts. These Counts ruled the surrounding areas and exerted influence in Barcelona as well. The strategic locations of many of these buildings make them easy to access throughout the city.

Famous buildings in Barcelona from medieval times include cathedrals, palaces, churches, and more. The Barcelona Cathedral and the Palau Major are both definitely worth visiting if you plan a Barcelona trip!

The Catalan Renaissance
A big part of Barcelona's architecture was influenced by The Renaixença, or the Catalan Renaissance. It was a romantic revivalist movement from the 19th century, embroidered with naturalism and symbolism. During this period, Barcelona was facing a big growth and needed to expand.

In order to meet the city's pressing needs, Ildefons Cerdà designed a whole new district : El Eixample. Famous architects such as Lluís Domènech i Montaner and Gaudi participated in such fame, with monuments like the Palau de la Musica and the Sagrada Familia as a representation to its notoriety. Visitors are invited to walk by this district to see its architectural wealth.

Sports fans come for FC Barcelona
Since 1899, the Football Club Barcelona has been hosting successful players and events. As such, Barcelona has an astounding track record with UEFA champions and professional league players. Over the years, Barcelona has had some of the most famous names in football including Diego Maradona, Johan Cruyff, Pep Guardiola, Gary Lineker, and Lionel Messi.

Camp Nou stadium has a seating capacity of over 100,000. Indeed, it is the largest stadium in all of Europe! Sports bars are also prevalent throughout the city. Burgundy and blue Barca shirts are seen throughout the city and around the world!

Festivals and street parties take place throughout the year
Apart from its beautiful architecture and exciting football events, Barcelona is known for being one of the most lively and vibrant cities in Europe. All year long, the city hosts many festivals, street parties, and carnivals.

Many of the festivals are traditional, with Catalan cultural roots and origins in customary revelries or religious culture. Music and delicious typical Catalan food are often available at these events. Moreover, the city has numerous music festivals, mostly held in the summer months. Primavera Sound, Cruïlla, Sonar Festival, and Rockfest Barcelona are just a few artistic music events with lineups that attract considerable tourists from around Europe.

Sea, beaches and boats
Long stretches of sandy beaches make Barcelona a treasure, to enjoy the sea, during hot summer.

But in order to avoid the crowd of the city's most famous beach, Barceloneta, many locals are used to spend a day out on a boat. Visitors can easily rent one.

But it is also really pleasant to go to the seaside located near the city center to enjoy a drink or soak in the sun. With over four kilometers of coastline divided by breakwaters and piers, there are nine distinct and stunning beaches to choose from in Barcelona. Barcelona’s attractive promenade is dotted with restaurants and paved for visitor convenience, with bars and hotels as well.

A vibrant city to stay
As you can see, Barcelona is one of those places that draws in visitors from all over the world! Many who visit decide to extend their stay. This is because Barcelona is a vibrant city full of local culture with many things to offer and to do. Not to mention, it has a rich history with jaw-dropping architecture.

If you visit Barcelona, you will want to find the perfect place to stay throughout your trip. Whether you are looking for a penthouse in Barcelona or something simple, there are many excellent options to choose from in this gorgeous and historical city.

Tourists who desire to have an extended stay will find that their monthly rental selection is vast. It is easy to find luxury apartment Barcelona rentals that are beautifully furnished and contemporary.

Villa in Arabian Ranches or Mudon: which location to choose