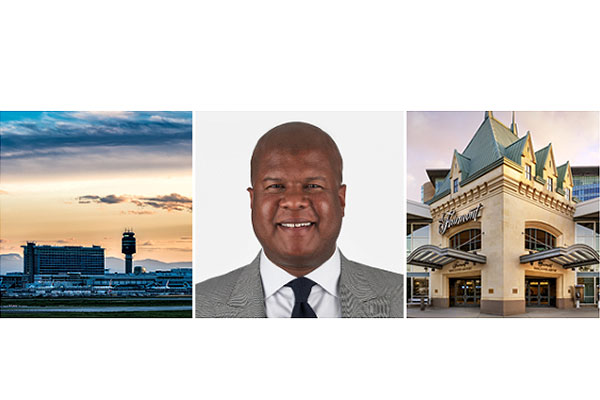 With a career spanning over 23 years, Randall Z. Williams has been an integral member of Accor’s leadership team and within the communities where he has worked and lived.

Born and raised in the Bronx, New York, Randall began his hospitality career at the landmark Greenbrier Resort in West Virginia in 1999, beginning in the Management Development Program, followed by a series of progressive food and beverage operational roles before assuming the position of Resort Operations Manager.

In 2006, Randall became the General Manager of the Comfort Inn and Conference Centre in Tampa, Florida where he honed his entrepreneurial skillset. In the fifteen years that followed, he oversaw a number of mid-scale to luxury hotels and resorts across brands in the United States including Wyndham and Hyatt.

With a career spanning over 23 years, Randall has been an integral member of Accor’s leadership team and within the communities where he has worked and lived. He holds the chair position of Accor’s Diversity, Equity and Inclusion Committee for the North & Central America region, and has made a significant impact on his local hospitality community, most recently as an active Board of Directors member for the Illinois Hotel and Lodging Association, and as a Maîtr`e Hôtelier member of Chicago’s Chaîne des Rôtisseurs.

Randall’s career path that has since taken flight to the Great North, leaving the windy city for the west coast as General Manager for the award-winning Fairmont Vancouver Airport, named #1 Airport Hotel in North America by Skytrax for eight consecutive years. Randall’s leadership style and approach is driven by a culture to serve his team and he takes pride in making a positive difference in the lives of others. “I believe in a service-first leadership style, and leading through example,” Williams says. “I hope to inspire and be inspired, and to leave a legacy of strength through humility and giving while sharing my knowledge and experiences with my team and community.”

Randall looks forward to immersing himself in the multi-culturalism of Vancouver and exploring the city’s culinary abundance alongside his wife and five-year-old daughter. Randall is a graduate of the University of Nevada, Las Vegas and is a member of Omega Psi Phi Fraternity, Incorporated.

Opening at the end of July Villa Le Blanc by Gran Melia, the first Grand Luxury hotel in Menorca