Newsletter
HomeRegional NewsAfricaBest cities in the world for a booze-free holiday, revealed
Survey 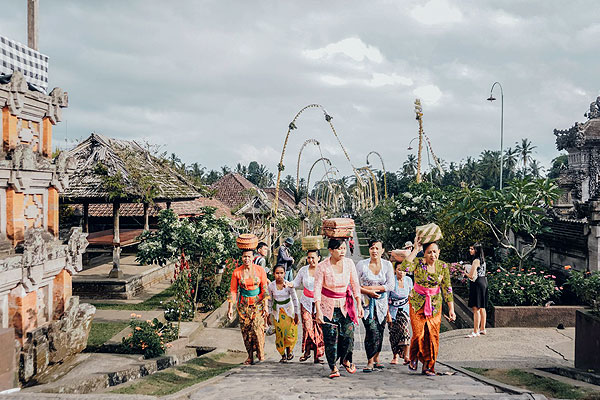 Denpasar tops the booze-free ranking, with Dubai and Bangkok following closely behind.

Global index by Icelandair ranks 55 most popular cities in the world on 10 different factors including alcohol consumption, peacefulness and wellness to reveal the best cities for a booze-free holiday.

Denpasar tops the booze-free ranking, with Dubai and Bangkok following closely behind. Shockingly, London and New York both feature in the top 20, and Rome is the best booze-free city in Europe.

Studies show a sharp decline in alcohol consumption, and according to the Global Drug Survey, 27% of UK adults say they drink less than ever before, with 35% reporting a reduction in binge-drinking.

From each city’s peacefulness to the amount of wellness activities, the study looks at 10 different factors across 55 of the most popular cities in the world to determine which cities rank highest for booze-free travel.

‘Wellness tourism’ is a growing trend and in 2022, GWI predicts the market will reach a whopping £731bn – representing 18% of all global tourism.

Icelandair scraped Tripadvisor to look at which locations offer the most yoga, meditation and spa activities as well as alcohol-free evening activities, and subtracted points for high amounts of bars and clubs.

Denpasar named best booze-free city in the world
Indonesia’s thriving capital city, Denpasar, ranks first place out of 55 locations included in the index. The city, which boasts over 500,000 visitors a year on average, consumes less alcohol than any other location and has the least amount of bars and clubs.

Denpasar is one of the cheapest cities in the world to buy a can of Diet Coke at just 50p a can, and scores highly on its peacefulness and amount of wellness activities.

As the major hub connecting travellers to the sensory delights of Indonesia, Denpasar is often overlooked for Instagrammable floating islands and beautiful beaches of Bali.

But this culture-rich city takes tourists on an adventure through ornate temples, trekking tours and private boat snorkelling excursions. It’s also the best place to experience the delights of Balinese food.

Rome is the most booze-free city in Europe
When it comes to booze-free European cities, Rome is ranked highest at number 7, as the ‘driest’ European capital. Packed full of cultural and architectural tours, Rome is an epicentre for booze-free attractions. Known for its Roman bath heritage, the index reveals Rome has 382 spas and wellness centres listed there.

Istanbul, Reykjavik, Stockholm and London all rank in the top 5 in Europe. Swedish capital, Stockholm and Iceland’s largest city have the least amount of bars and clubs in the study.

According to the index, Reykjavik is the most peaceful city. The coastal capital is renowned as home to one of the 25 wonders of the world, the Blue Lagoon – a spa over volcanic earth, which is partly why it scores so highly on its peacefulness.

Thailand is the best country for a booze-free holiday
Looking at country breakdowns, there’s only one destination that appears multiple times in the top 10. Both Bangkok and Phuket feature as the best booze-free cities in Thailand.

With multiple mindfulness retreats, the peaceful pockets of Bangkok act as a welcomed escape from the hustle and bustle of city life. Almost every Wat (Buddhist monastery) in Bangkok offers meditation classes hosted by monks, and the city is steeped in meditation centres.

Thailand’s most popular tourist destination, Phuket, ranks 5 in the study, scoring highly on all wellness factors. Thanks to its beautiful beaches, floating restaurants and national parks, Phuket is steeped in culture that feels a world away from that first pint refreshment.

New York ranks in top 20 booze-free cities in the world
The city that never sleeps ranks in the global top 20 at position 16. With over 66 million visitors each year and a population of 8.4 million, it’s hard to imagine this city has any chill.

But according to the research, New York scores highly on wellness, and is second to top behind Tokyo. The Big Apple has 773 meditation, spa and wellness retreats and is low with alcohol consumption, rivalling Reykjavik at 9litres per person annually.

From sound therapy, face gyms and light therapy yoga – New York is leading the way in the wellness travel world.

There are spots of tranquillity that act as the ultimate restbite from this wonderful city – Tokyo has over 1,000 mindfulness activities to explore under a backdrop of skyscrapers and city lights.

From the nature reserve just around the corner from bustling Meguro, to its stunning botanical gardens and rooftop markets – Tokyo’s little known retreats are the city’s best kept secret.

London ranks in top 20 – Is ‘Booze Britain’ on the decline?
The UK capital ranks in position 20 of the top cities in the world and scores highly on the index despite the stereotype of binge-drinking Brits’.

Looking at the European breakdown, London ranks as the 4th most booze-free holiday destination above Stockholm, Budapest and Oslo.

However, on the other end of the UK scale – Manchester ranks in the bottom 10 and is officially Britain’s booziest city with annual alcohol consumption at 11.45litres per person.

Prague revealed as the binge-drinking capital of the world and Germany are biggest drinkers globally!

When it comes to which cities have the biggest drinking cultures, there’s a clear winner. Prague ranks top as the binge-drinking capital of the world, with an average annual drinking consumption of 14 litres per person – watch out liver!

But looking at the breakdown on a country level, two German capitals rank top – both Berlin and Hamburg score highly on average alcohol consumption.

The binge-drinking capitals of the world

Despite it being a non-alcoholic drink, some countries have extortionate tax and charge more or close to what a pint costs. The index reveals Amsterdam is the most expensive place to buy a Diet Coke costing 55% more than a pint!

Huaraz, Hanoi and Bangkok are top for the cheapest places for Diet Coke, with a can of the good stuff costing just 32p.