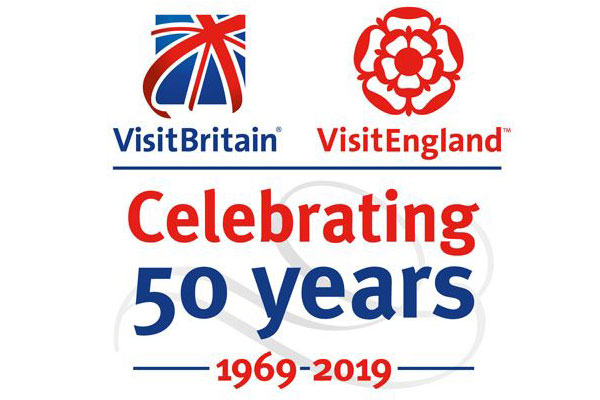 The event celebrates half a century of tourism’s importance as an engine of economic growth, creating jobs and boosting local economies including coastal towns and rural communities, and creating a sense of people, place and wellbeing.

The contribution of tourism to the UK economy is being highlighted this week as Their Royal Highnesses The Prince of Wales and The Duchess of Cornwall join VisitBritain/VisitEngland to mark the British Tourist Authority’s (BTA) 50th anniversary.

More than 100 representatives from across the UK’s tourism industry including businesses, destination management companies, accommodation providers and visitor attractions will attend a reception with Their Royal Highnesses on Thursday 13 February at the Tower of London.

The event celebrates half a century of tourism’s importance as an engine of economic growth, creating jobs and boosting local economies including coastal towns and rural communities, and creating a sense of people, place and wellbeing. It also highlights tourism’s global role as a major part of British trade, driving inward investment and framing how people around the world view Britain, promoting a message of welcome and driving its leading ‘soft power’ rankings.

The Prince of Wales’ association with the BTA goes back decades with His Royal Highness also a long-standing Patron of English Tourism Week.

VisitBritain/VisitEngland Chief Executive Sally Balcombe said: “We are honoured to be joined by Their Royal Highnesses as we celebrate the importance of tourism in the historical surroundings of the UK’s most visited paid-for attraction. Our culture and heritage are proven tourism draws which have inspired visitors for centuries, and are enjoyed by domestic and overseas tourists in ever growing numbers.

“This is also a celebration of the people, businesses and organisations who make our industry the outstanding success story that it is, and who work year round to provide the first-class attractions, accommodation, services and experiences that keep visitors coming back time-after-time.”

The event is also highlighting the importance of the UK’s culture and heritage in driving domestic and inbound tourism. The Tower of London is the most visited paid-for attraction in the UK with more than 2.8 million visitors annually. Combined with the five other historic royal sites within its care, Historic Royal Palaces welcomes more than five million visitors annually.

Overall more than 10 million visits are made each year by overseas visitors to Britain’s castles and historic houses and more than seven million to a religious building. Almost 30% of all inbound tourism trips include a visit to a castle or historic house with those visitors spending £8 billion in the UK every year.

From 5.8 million overseas visits to the UK in 1969 to an estimated 38.5 million in 2019, inbound tourism is now the country’s third largest service export, forecast to generate £26.6 billion in overseas visitor spending this year. When including domestic tourism the industry is worth £127 billion annually to the economy, employing 3.1 million right across the UK.

Knowcross selected as a Qualified Vendor for Choice Hotels