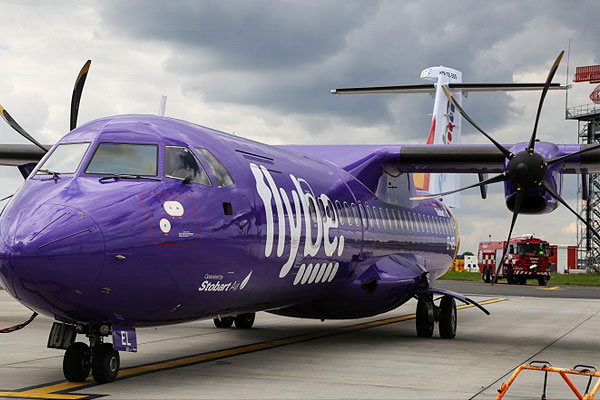 Utilising the airline’s 72-seat ATR 72s, the new link will increase the number of weekly seats being flown between CAN and London next summer by 11.5%.

Cornwall Airport Newquay (CAN) has confirmed that Stobart Air, a Flybe franchise partner, will add year-round services to London Southend starting 1 April 2019, complementing the carrier’s multi-daily link to London Gatwick. Flown under the Flybe brand, five weekly flights will initially be offered, before increasing to a daily service on 1 May, in time for the start of the peak summer season. Utilising the airline’s 72-seat ATR 72s, the new link will increase the number of weekly seats being flown between CAN and London next summer by 11.5%.

Commenting on the announcement, Al Titterington, Managing Director, Cornwall Airport Newquay said: “It is great to see that further capacity will be added to the capital for 2019 thanks to Stobart Air’s decision to open direct flights to London Southend.” Informing more on the current market between CAN and the UK capital, Titterington states: “During the first eight months of 2018 over 119,000 passengers have flown between CAN and Gatwick, a 12.8% increase over the same period of 2017. With the market between Cornwall and London continuing to go from strength-to-strength this new service comes at the perfect time.”

Also commenting on the new service, Ciaran Smith, Network Development Manager, Stobart Air stated: “Cornwall Airport Newquay is already a great partner of the airline thanks to our existing services from the Airport to Dublin and Cork, flown under the Aer Lingus Regional brand, so we are thrilled to add further capacity with this new London Southend link, flown under our Flybe franchise. The capital is currently underserved from the Airport, so we are thrilled to launch this route, not only opening further options for people going directly to London, but also offering the people in the capital, plus Essex and throughout the East of England, better choice when travelling to Cornwall.”

The route between CAN and London Southend replaces the previously flown link by Flybe from the Airport to London Stansted. However, Stobart Air is not only restoring the link to an Airport in the East of the capital which has quicker rail access to Central London than Stansted, as well as giving better access to Essex and the East Coast, its flying schedule also provides passengers with a more frequent and consistent timetable.

London Southend has been ranked the capital’s favourite Airport and Which? Best Airport for London, six years in a row. With passengers able to get from aircraft to train in 15 minutes or less, and with regular trains to London’s Stratford and Liverpool stations, CAN’s customers can expect to be in the City of London from touch down at London Southend in just over an hour.