Istanbul is the least expensive place to travel 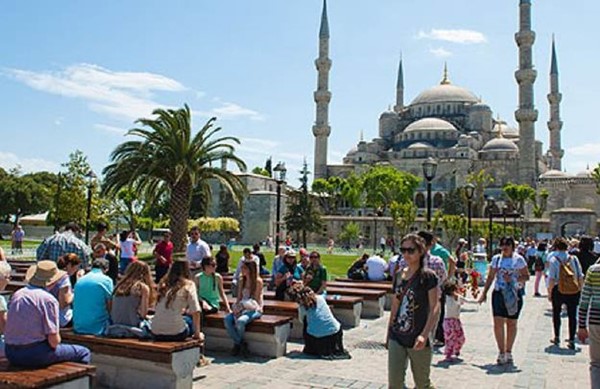 Alpha Travel Insurance has created an interactive graphic that breaks down the cost of travelling in 60 destinations across Europe based on the cost of a hostel, transportation, meals, drinks and attractions.

Findings released from Alpha travel Insurance allow you to filter the cost of your chosen destination based on what’s important to you, so you can make an informed decision using their interactive graphic. These cities are ranked by the daily price of a hostel, two public transportation rides, three budget meals, the cost of one cultural attraction and three inexpensive beers (or wines) for each day in each city.

Here are the 10 cheapest places to backpack across Europe:

Taking the number one spot on The Backpacker Index, Istanbul has become a year-round destination. Visiting top-tier historic sights such as the Aya Sofya and Topkapı Palace is a must on your first trip but there’s a multitude of quaint neighbourhoods and bustling markets to explore too. Flight time is usually under four hours from London and you’re truly immersed into a different culture that has become the magical meeting place of the East and West.

Coming in as the second most affordable place to visit in Europe is the Ukraine’s capital, Kiev. Kiev isn't everyone's first thought when deciding on a trip to Europe, which is precisely what has made it such a an affordable destination over the years. Known for its religious architecture and history museums, as one of the oldest cities in Europe its cultural beauty and quaint family run restaurants makes it a perfect getaway at an even more appealing cost. If you’re looking for some sunshine, the hottest time of year is from late May until early September. However, the golden domes of the city are beautifully dusted in snow during the winter and really highlight the cities breathtaking architecture.

London sits on the lower half of the table across all metrics and comes out most expensive for tourist attractions. With an average day spend of £73.70, London takes 51st place out of 60 destinations. This doesn't seem to be putting tourists off however with the city seeing over 30 million international visitors in 2017 between January and September.

It comes as little surprise that Zurich is the most expensive on The Backpacker Index as a global center for banking and finance located in northern Switzerland. As the largest city in Switzerland, Zurich is a major contemporary art and shopping destination, so if you’re looking to splash the cash, it may be the place to go. The picturesque lake Zurich can also be enjoyed by foot or by boat trips, but be warned, you might struggle to do this on a budget.