Newsletter
HomeAviationSESAR Deployment Manager on course to contribute to 522,000 tonne CO2 cut in aviation by 2030
Aviation

SESAR Deployment Manager on course to contribute to 522,000 tonne CO2 cut in aviation by 2030 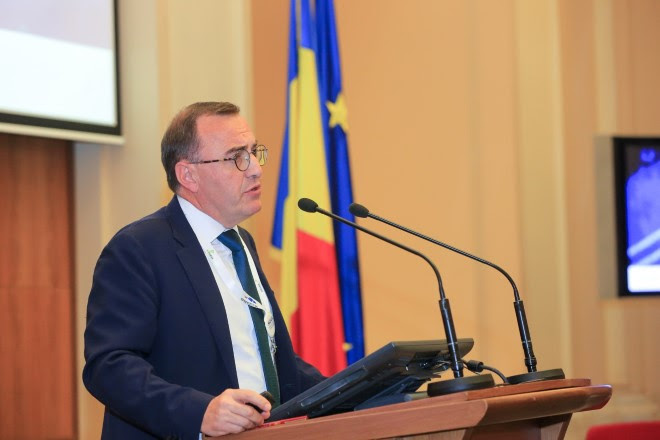 ‘SESAR DM has helped deliver 112 Air Traffic Management projects in just over four years’, delegates at a conference on the future of aviation heard last week.

BRUSSELS, BELGIUM – Air Traffic Management (ATM) modernisation projects overseen by SESAR Deployment Manager (SESAR DM) will deliver a cut of over 552,000 tonnes of CO2 emissions, the equivalent of planting one million trees, by 2030, delegates heard at the SESAR: Delivering the Future of Aviation Together Conference in Bucharest, Romania, last week.

SESAR DM’s first 112 completed ATM projects across Europe will save 12 million flight minutes equating to EUR484m savings, and will generate over EUR10bn performance benefits by 2030.

The completed 112 ATM projects across Europe are part of the Single European Sky Initiative (SES), launched by the European Commission (EC) in 2004 to modernise Europe’s ATM system.

There are 237 other projects in progress that will, once completed, bring additional performance benefits to the European passengers, citizens and economy.

“SESAR DM brings together all ATM stakeholders, from airlines, air navigation service providers and airports, to the military and the manufacturing industry, in a true collaboration to make air transport better,” Nicolas Warinsko, General Manager, SESAR DM told delegates at the event.

“In just over four years since SESAR DM was set up, we have developed expertise and gained buy-in and trust from the ATM industry, and we deliver.”

SESAR DM was set up by the EC to synchronise and coordinate the deployment of ATM modernisation projects across Europe.

The EC is currently reviewing its future, with some criticising the speed of the deployment of SES initiatives.

“It is clear that ATM in Europe is at capacity, continuous growth is resulting in delays not seen before,” Christine Berg, Head of Single European Sky Unit, DG MOVE, EC, told delegates.

“Have we achieved our objectives since the launch of SES 14 years ago? I would say no.”

The event, organised in conjunction with the Romanian Air Traffic Services Administration (ROMATSA) and supported by the Civil Air Navigation Services Organisation (CANSO), brought together over 150 SESAR DM stakeholders, and included an interactive panel discussion on challenges and opportunities for SESAR DM.

During the debate, Andreas Eichinger, Vice-President Operational Planning, Frankfurt Airport, pointed out that for an industry which is often slow to embrace change, relatively speaking, projects were being completed at almost lightning speed.

“SESAR DM is at a turning point, but we have developed valuable assets, and kept industry involved, with the military having a voice for perhaps the first time,” said Warinsko.

“We believe staying together is important. The aviation industry must remain in the cockpit for modernising ATM.”

In an audience poll organised during the event, over 75 percent voted to  agree, or strongly agree, that SESAR DM is delivering.

The European Commission (EC) aims to have the future direction for SESAR DM in place before the end of 2019 following on from recommendations  set out in the Report of the Wise Person’s Group on the Future Of The Single European Sky, published in April 2019.