Newsletter
HomeAviationUnited Airlines honored as ‘Eco-Airline of the Year’
Airlines

United Airlines honored as ‘Eco-Airline of the Year’ 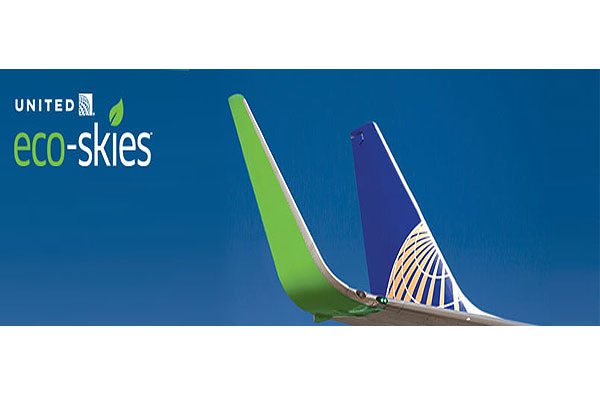 CHICAGO – For the second time since launching its industry-leading Eco-Skies program, United Airlines was named the Eco-Airline of the Year by Air Transport World (ATW) magazine. The award recognizes an airline in global commercial aviation for its environmental leadership as demonstrated by consistent and impactful environmental action within the company and in the industry. The magazine awarded United with the top honor for multiple initiatives in 2016 and prior years, including becoming the first U.S. airline to begin using commercial-scale volumes of sustainable aviation biofuel for regularly scheduled flights, marking a significant milestone in the industry by moving beyond demonstrations and test programs to the use of low-carbon biofuels for ongoing operations.

"Innovation and sustainability are twin engines that drive our progress as the most environmentally conscious airline in the world," said Oscar Munoz, United's chief executive officer. "From pioneering investments in biofuels to increasing efficiency and reducing waste to supporting a single global market based measure for carbon emissions, United is committed to innovating solutions that we hope will become the expectation for our industry, not the exception. And while we take great pride in this important recognition for our efforts, the measure of our success is the opinion of our children and grandchildren who will look back on our efforts and say that we lived up to our obligations to them in protecting the planet for future generations."

United's Eco-Skies program represents the company's commitment to the environment and the actions taken every day to create a sustainable future. In addition to incorporating sustainable biofuel into its operations at Los Angeles International Airport, United's recent environmental achievements include:

Additionally, as part of United's commitment to operating an environmentally friendly and responsible airline, the carrier added a carbon footprint measurement to its 2017 Global Performance Commitment. United is committing to achieving a lower gross carbon footprint than its two largest U.S.-based competitors this year, as measured by carbon dioxide-equivalent per available seat-mile. If United does not meet the goals of its 2017 Global Performance Commitment, the airline will compensate eligible corporate accounts.