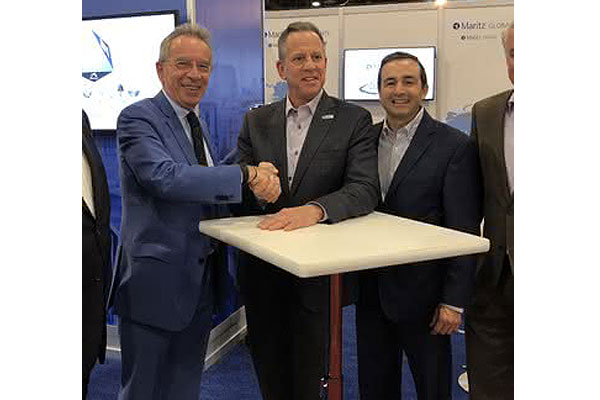 In 2017 Vienna became the first destination in Europe – and the second worldwide, after Singapore – to conclude a cooperation agreement with Maritz Global Events.

In 2017 Vienna became the first destination in Europe – and the second worldwide, after Singapore – to conclude a cooperation agreement with Maritz Global Events. The existing agreement has now been extended, with a new contract put in place on 17 October for the period January 2019 to December 2020. The new deal gives the Vienna Tourist Board’s Vienna Convention Bureau (VCB) continued exclusive access to the decision makers from Maritz Global Events, putting the organization in a strong position to directly promote all of Vienna’s advantages as a meeting destination. VCB boss Christian Mutschlechner signed the agreement for the Vienna Convention Bureau, also on behalf of the Austria Center Vienna, Hofburg Vienna and Messe Wien Exhibition & Congress Center. Maritz Global Events’ employees design and organize various events for the company’s worldwide clientele – from incentives and corporate events to exhibitions, sports hospitality and international congresses. Vienna’s strengths as a location not only stem from its wide-ranging meeting and hotel infrastructure, but also lie in its convenient location with excellent transport links, top quality of life and extensive cultural attractions.

Silver for the Vienna Convention Bureau
Presented by Prevue, a trade journal for the North American meetings and incentive industry, the Visionary Awards are handed out in more than 30 different categories at the annual IMEX America exhibition. While the majority of awards go to destinations and hotels in the USA, Vienna picked up accolades in the International category for the third year in succession. After two gold awards, the VCB won silver this year, once again earning itself a place among the world’s leading convention bureaus.