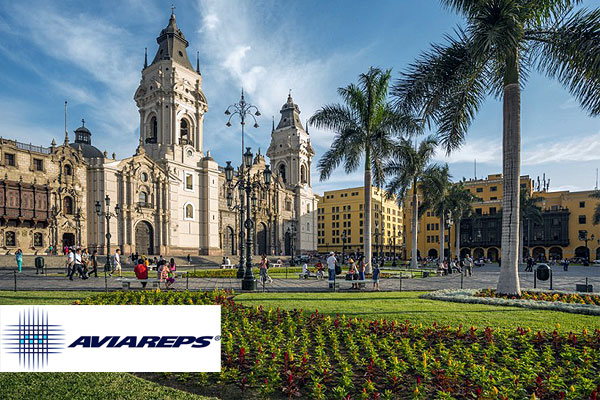 DUBAI – Aviareps has expanded its Latin American (LATAM) market presence with the opening of its newest location in Lima, Peru. This strategic position will strengthen Aviareps’ growing LATAM network by extending their expertise in specialised destination and hospitality marketing, public relations and sales (GSA) representation into the emerging market of Peru.

In the early 2000s, Peru’s GDP grew an average of 6.1% annually, making it one of the fastest-growing countries in LATAM. Though this growth has slowed to around 3% in the years since 2014, this significant economic development drastically changed the living conditions for citizens. In recent years, the poverty rate in Peru drastically sunk from 52% in 2005 to just over 26% in 2013, pulling more than 6 million residents out of poverty.

Edgar Lacker, Chief Executive Officer, Aviareps said: “The economic improvements in Peru are opening doors once closed to its citizens. With more people gaining access to disposable incomes, we are seeing increased demand for domestic and international travel options. This presents a unique opportunity for airlines and destinations to make an impact while the outbound tourism market is still relatively young.”

Around 3 million international departures already take place in Peru every year, however, the Ministry of Foreign Trade and Tourism (MINCETUR) is hoping to encourage even more international tourism by promoting a travel culture within the country. The most popular outbound travel destinations among Peruvians are Chile, the United States, Bolivia, Ecuador and Columbia, though the interest in Europe and Asia are increasing. In 2016, the Schengen Area introduced 90-day, visa-free access for Peruvian citizens to all Schengen countries. With the elimination of complicated or lengthy visa processes, it has become easier than ever for Peruvians to travel to Europe. Peru is also home to a large Asian community. As the country’s economy strengthens, trips to Asia are also likely to increase.

Ana Maria Forsyth, General Manager Peru, Aviareps said: “After helping to grow the Aviareps network in LATAM, I am thrilled to be coming back to my home in Peru to develop the business here. This country is growing rapidly, as is its people’s demand for new and unique travel experiences. I am looking forward to helping our aviation and tourism clients tap into the country’s full potential.”

Aviareps Peru will be run by Forsyth, under the regional leadership of Marcelo Kaiser, Vice President LATAM and General Manager Brazil. With the addition of the Lima location, the Aviareps LATAM network will include 8 offices made up of more than 65 specialists in both B2B and B2C sales, marketing, public relations for the aviation, tourism and hospitality industries.