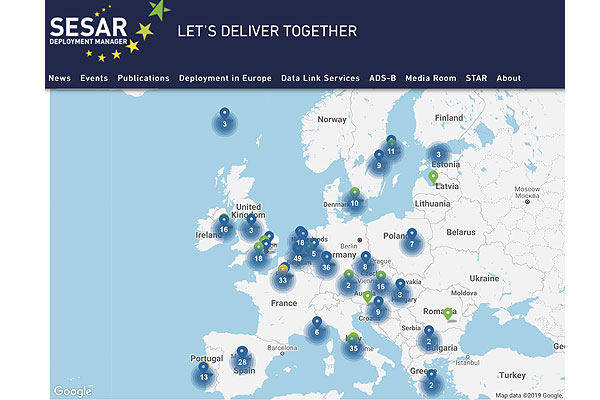 BRUSSELS, BELGIUM – Air traffic passengers across Europe are benefitting after the number of completed modernisation aviation projects being deployed by SESAR Deployment Manager (SDM) and supported by all operational stakeholders, reached the 100th milestone.

The total number of fully completed air traffic modernisation projects now stands at 105 – the first 100 representing an investment of 403 million euros – with a further 225 ongoing and 19 more planned, bringing new operational efficiencies as well as environmental and capacity benefits to Europe’s aviation industry.

“The modernisation projects not only provide operational solutions to meet the growing capacity demand, but also make air travel in Europe more cost effective, greener and safer for all EU passengers and citizens.

“And this is just the result of the first 100 completed projects, the aviation industry is – with another 225 projects ongoing and 19 planned – clearly boosting ATM modernisation.”

Find a breakdown below on the expected benefits as a result of the first 100 completed SESAR deployment modernisation projects:

ERA board met with European policy makers in Brussels